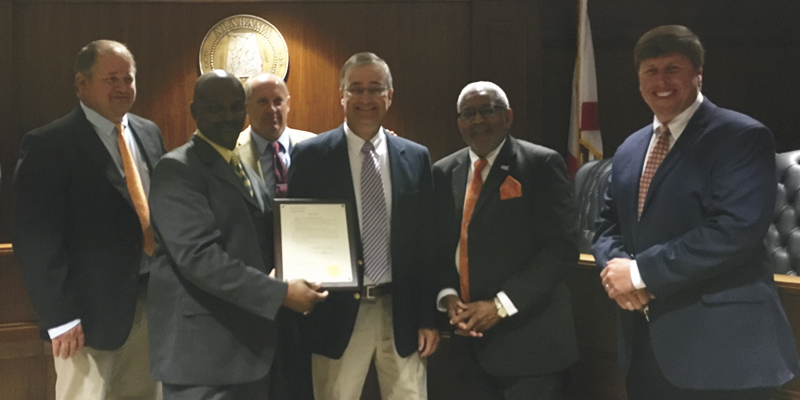 The Marengo County Commission set the base salary for the Chief Clerk position at $35,820. The position was approved during the June meeting and is open to the employees of Probate Judge Laurie Hall’s office. Hall said that her office was the only Probate office in the state that does not have a chief clerk.

Hall recommended a $6.50 per hour raise based on counties that are similar in size to Marengo County. The new position will require several new responsibilities, which Hall said she wanted the employee to be compensated for.

“The person would also fill in for carrying on duties that for me if I’m out of the office,” Hall said.

Hall also told the commission that notices for polling place reassignments are being sent out for the upcoming election.

Hall handed out sample ballots and said the only county race and democratic Run-off in the in the county will be the between District 5 Commissioner Michael Thompson and his opponent Thomas Rodgers. All other races on the ballot are state-wide and Republican, which are for lieutenant governor, attorney general, associate justice of the Supreme Court Place 1, judge for the Court of Civil Appeals Place 1, judge for the Court of Criminal Appeals Place 2 and Commissioner of Agriculture and Industries.

The commission tried to relocate the funds to another area in the county, but FEMA would not allow it.

The grant money was to combined with the town’s own funds allowing a $450,000 project, of which Thomaston would have paid 75 percent. The building would have served as a community center and as a safe room.

• accepting the User Fee Certificate of Deposit for First Bank of Linden for one year at a rate of 2.4 percent.

• approving an Opt-In Class Action Lawsuit filed by the Alabama Association of County Commission for payment in lieu of taxes on federal property in Marengo County.

• approving Patrick McIntosh as a new hire for the county engineering department.

• entering an executive session on the basis of general representation of character.