Saxon, Sellers to take on new roles at Alabama Power 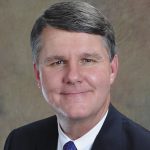 “The deep experience, commitment to customers, and focus on innovation that Mike and Nick bring to their new roles will help Alabama Power continue to find better ways to serve our customers and elevate Alabama,” said Mark Crosswhite, Alabama Power chairman, president and CEO.

In his new role, Saxon will be responsible for customer service-related strategies for Alabama Power’s Customer Services Organization. The focus will be on ensuring the company provides superior service in every way it touches customers. 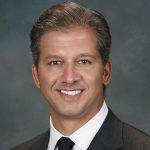 Sellers, in his new role, will focus on Alabama Power’s business operations in the southwest region of the state. He will lead the company’s Mobile Division team in providing excellent customer service, supporting the community and partnering in the region’s economic development efforts. During the transition period, he is still a Southern Power employee.

Sellers began his career at Alabama Power in 2003 as federal legislative relations director. He served as assistant to the president and CEO before moving into leadership assignments, including vice president of Regulatory and Corporate Affairs and vice president of Corporate Relations.