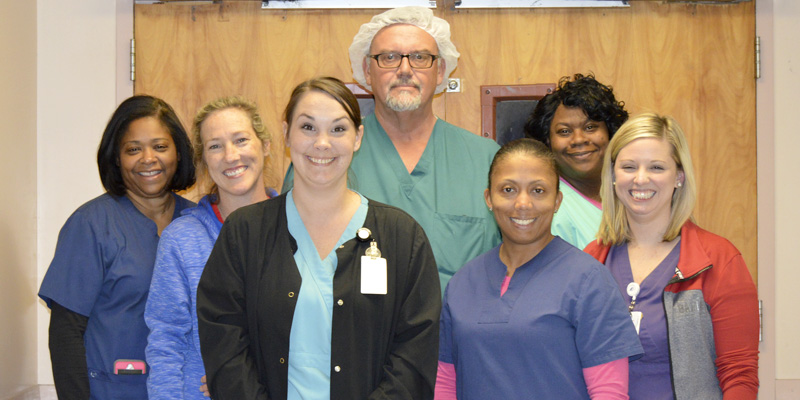 Doug Brewer, BWWMH’s CEO, said the recognition was “pretty rare.” He’s worked at approximately 15 other hospitals, and only one of which was recognized for the same achievement.

Dr. Keith Roberts, BWWMH’s Board Certified General Surgeon, said the achievement can be attributed to the low turnover rate among the surgical staff.

“Most of the people back here, they’ve worked [here] for a long time. They know their jobs. And not only do they work as a team, they work as a family,” Roberts said.

Roberts described himself as one cog in the machine, saying that the surgical staff were largely behind the low infection rate.

The staff focuses on prevention by keeping everything sterile and administering appropriate antibiotics.

“Usually the antibiotics need to be given an hour before incision time,” he said.

Sterile techniques are practiced before, during and after each surgery and include proper attire in the operating room, proper administration of anesthesia, removal of hair from surgical sites if necessary and overall cleanliness.

Some surgeries, such as those involving hernias or gallbladders, require the room be “cleaned over and turned down” in order to prevent infection.

Brewer said this and other achievements have resulted in the hospital’s Medicare upgrade to a three-star hospital from a two-star hospital. And while he admits certain aspects can use improvement, he said he hopes the hospital will be utilized by the community.

Brewer expressed satisfaction in the achievement saying, “I think that what this says is that what we do, we do pretty darn well.”