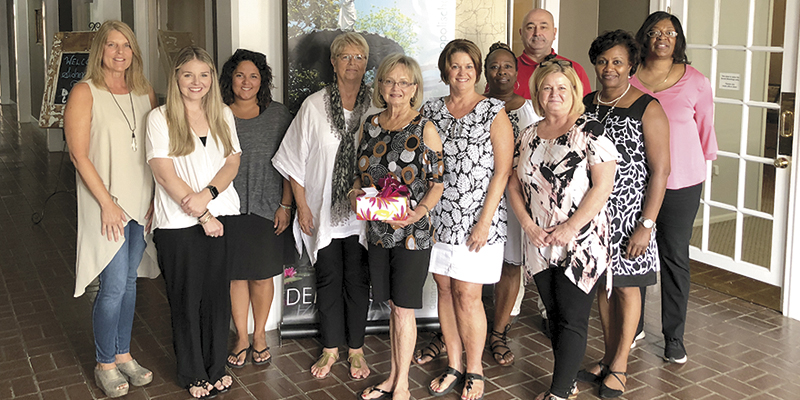 Leadership Marengo has a long history of educating and training potential and current community leaders throughout the county, and this year marks its 25th anniversary.

Cindy Neilson, who has served on the steering committee since the program’s inception, and Jane Gross, the Demopolis Area Chamber of Commerce’s executive director at the time, created it after both attending a similar, state-wide program called Leadership Alabama. The pair met with local mayors and community leaders to finalize the details and bring Leadership Marengo to life in 1993.

“Back in the nineties, leadership groups were kind of springing up all over the state,” Neilson said.

According to Neilson, the biggest change with the program has been it becoming self-sustaining. In the early days, they relied on donations to move Leadership Marengo forward.

What hasn’t changed, she said, is the goal to reach people of all walks of life from all over Marengo County who have the “promise to be leaders”.

“When we started out, we wanted it to be a very diverse group … and we still have that goal now.”

The five-session program has also maintained the same topics for each class, as well as the trip to Montgomery. Teamwork and diversity, economic development, education and healthcare, legislature and quality of life and tourism have long been the topics covered each year and were inspired from other leadership programs such as Leadership Alabama.

“It was working. There was no need to reinvent the wheel,” Neilson said.

She also said Leadership Marengo has consistently garnered the desired interest levels from the county with every year having a full class.

“We’ve pretty much always had at least 20 and sometimes 25 people.”

Neilson recommends participation because “it’s a great way to learn about the county,” and it has opened participants’ eyes to what is “going on right around them that they weren’t really realizing.”

DACC Executive Director Sidney Freeman, who has also participated in the program, said it has “impacted many people in Marengo County since its inception” and will continue to do so.

“The chamber is proud to support the program, and we are looking forward to another 25 years. Participants are able to network among their peers as well as meet other individuals with vital roles in education, healthcare, government, and industry.”

Ken Tucker, Ph.D. and President of the University of West Alabama, participated in one of the very first Leadership Marengo classes and is still involved in the program today presenting the first session on teamwork and diversity.

“It is very rewarding to stay connected with current and future community leaders and continue to help, in some small way at least, their continued leadership growth and development.”

Tucker, like Freeman and Neilson, maintains that it is an excellent opportunity to learn more about key leadership components that impact every facet of the county and to network and build relationships with other current and future community leaders.

Leadership Marengo consists of five sessions lasting from 8 a.m. to 3 p.m. that are held in September, November, January, March and May. Each session also includes multiple guest speakers and exercises to help participants enhance their communication, leadership and teamwork skills.

During the March session, Leadership Marengo, along with YOUth Leadership, will travel to Montgomery for the class on legislature.

(This article originally appeared in the Wednesday, August 15 issue of the Demopolis Times.)