Class of 2018 erects signage as farewell project to DHS 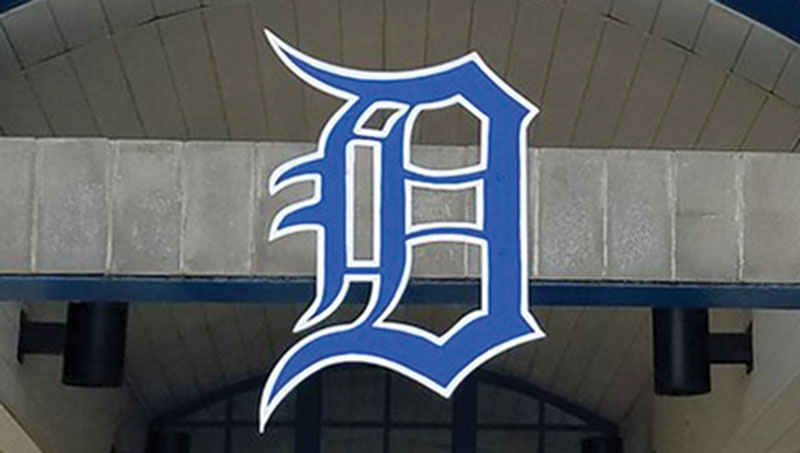 Multiple campus signs have been erected since the end of Demopolis High School’s school year as a farewell project by the Class of 2018.

It’s a project so large that Dale Acker, who teaches the welding course that helped create the signs, called it “by far the biggest undertaking I’ve ever taken on, especially with students at a high school level.”

Thomas Lake, a former student of Acker, took a day off work from Miller Pipe Line to mentor Acker’s students and allowed them to work from a welding truck.

“…It was really good for these guys to get an outside person to work with,” Acker said.

“Those were key students at the end,” Acker said.

According to DHS Industrial Maintenance Charles Jones, the multi-cultural project included four teachers and one principal. The senior class purchased the material and some was also donated from Judson Minges and Cane Steel in Tuscaloosa. Students of Acker’s and Jones’s service organization, Skills USA, received help from Meggin Mayben and Bill Barley with painting the sign. DHS football coach Brian Seymore and Principal Blaine Hathcock also aided the students and individuals working on this project.

With the upcoming school year drawing near Acker is eager to see the finished project.

He said he supports live work because students learn “…more doing that than anything you could give them in a classroom environment.”

Jones and Acker have both worked projects in the past that they have visited since their completion.

Jones said “a kid can weld something like that, can come back 10, 15 years from now, showing his kids. Every time he comes back for a homecoming, he can look over there and say ‘I did that.’”