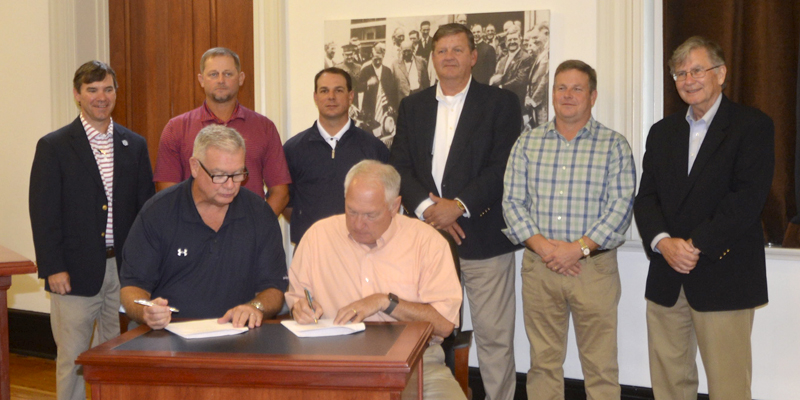 The city has played host to a number of regional and state tournaments, but Evans and other community leaders wanted to take it to the next level. Evans contacted Faherty to throw Demopolis’ hat in the ring for a World Series tournament. Faherty surveyed the city and its facilities and interviewed community leaders before naming Demopolis as a potential host.

“We were thinking it was going to be ‘20 or ’21 before we would be hosting, and some circumstances came up to where the individual site that was going to host it next year backed out, and he called us because we were interested and offered it to us a year ahead of time,” Evans said.

According to Evans, Faherty and the Babe Ruth League look at smaller communities because that is where most of the players come from.

In addition to several factors such as facilities, location, hotels and proper community support, Faherty said the people of Demopolis made the city stand out as a candidate.

“When they shake your hand and say ‘we can do this,’ you have a lot of confidence in them that they’re strong, community-minded people willing to step up and do whatever it takes,” he said.

Evans and Mayor John Laney cited exposure and economic impact as positives for hosting this event, both in the immediate and long-term future.

“The long-term benefits of having this event is that it showcases the Black Belt and West Alabama. It shows what we can do, it shows the quality of life that we have here and it will hopefully encourage economic developers that represent companies to say ‘this is a place that we need to be considering that we have not thought about before,” Laney said.

Both Evans and Laney commended the efforts of everyone involved, including the Demopolis Youth Baseball Board and the Parks and Recreation Department, in order to bring the 14U World Series event to the city, with Laney saying that “It shows the interest of our community leaders in wanting to put something on like this. To me, that just speaks volumes about the people here in Demopolis.”

The event will include 10 baseball teams in the 14-year-old age division competing for the 14U World Series title from Aug 7-16 at the Demopolis Sportsplex. Eight competitors will be determined by regional championships all over the country. The host team from the West Alabama Babe Ruth League and the Alabama State Champion team will be the final two competitors.