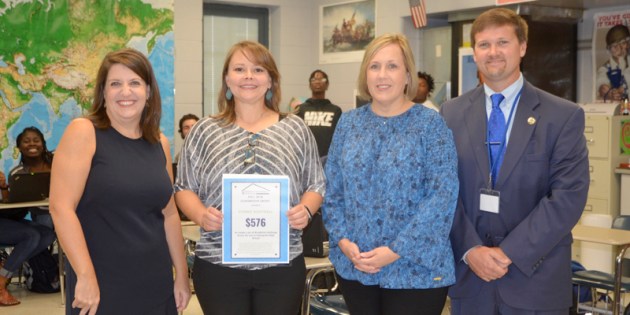 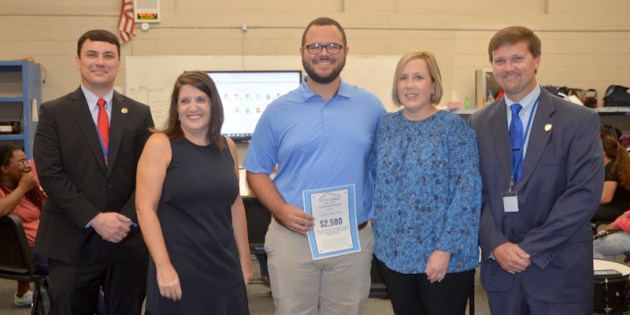 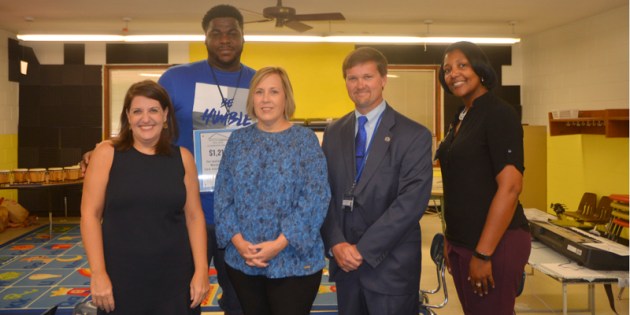 WES’s Bereshith Davis will be able to purchase materials for his music class. 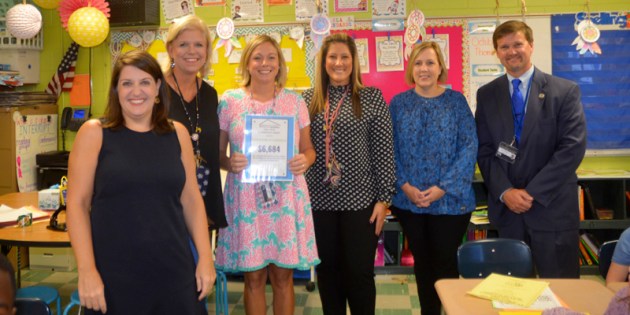 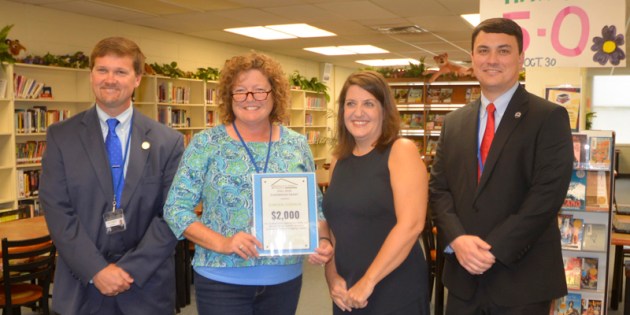 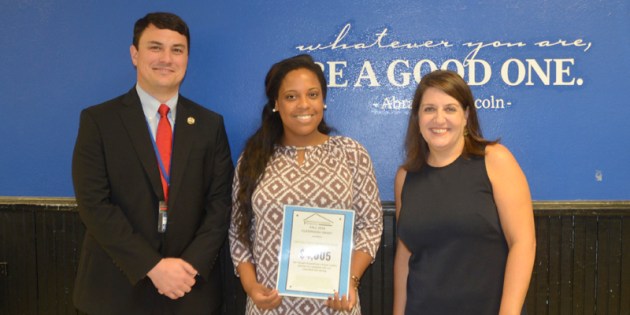 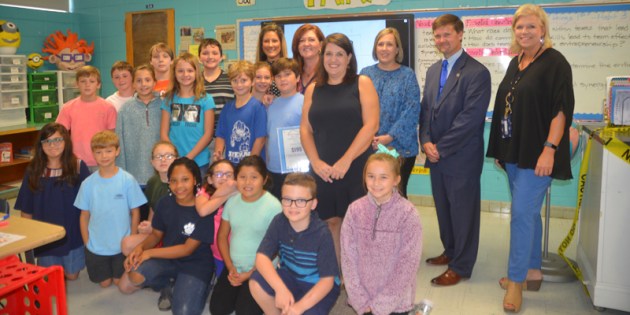 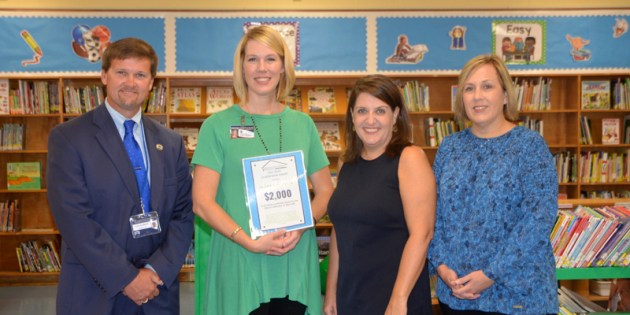 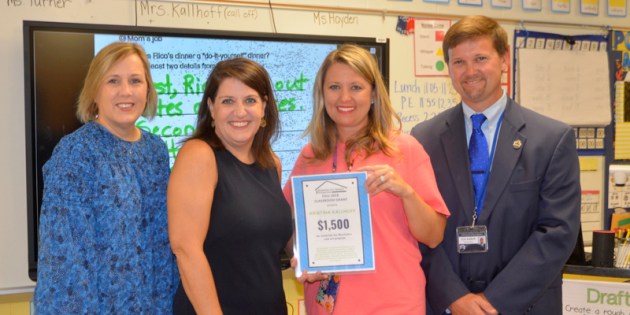 WES’s Kristina Kallhoff receives $1,500 for supples for the school’s new art class, to be matched by the Demopolis PTA. 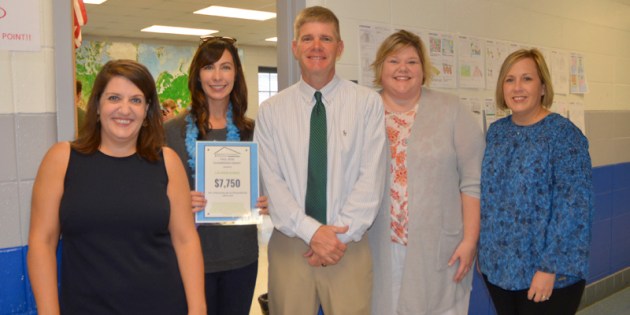 DHS’s Lauren Kiser receives $7,750 for a classroom set of Chromebooks and a cart. 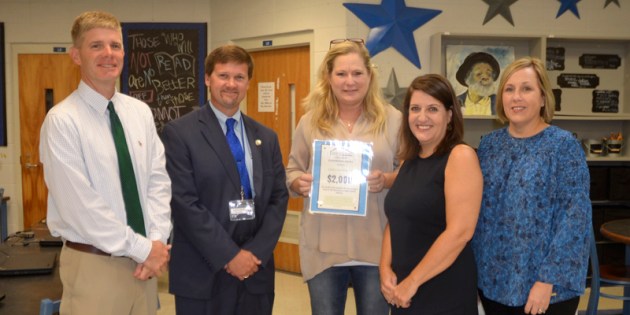 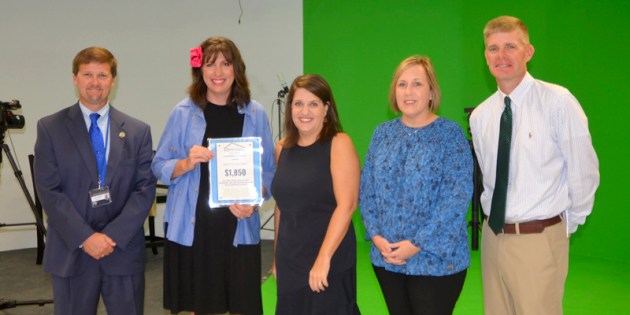 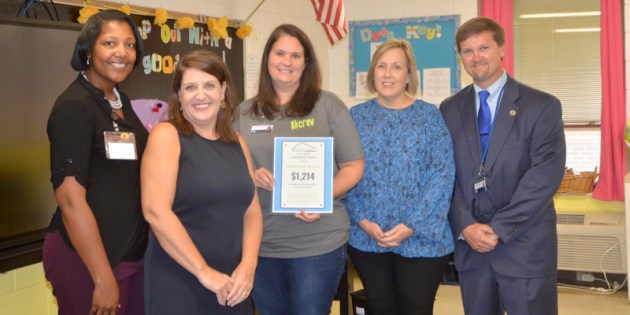 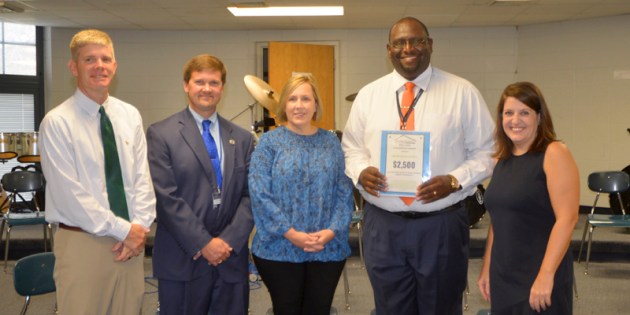 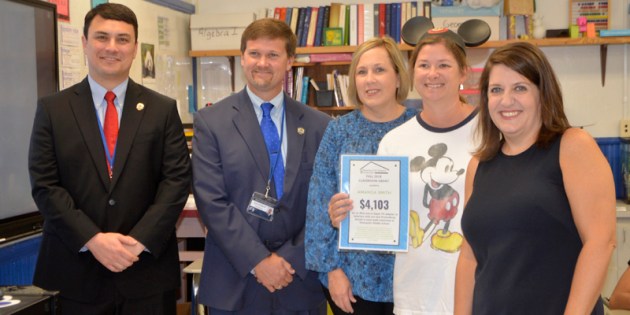 DMS’s Amanda Smith was receives $4,103 for an iPad and an Apple TV adapter. 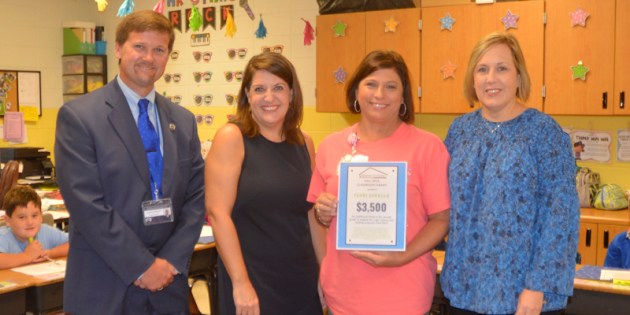 WES’s Terri Speegle receives $3,500 for additional iPads to expand the Lego science and reading programs from 2017. 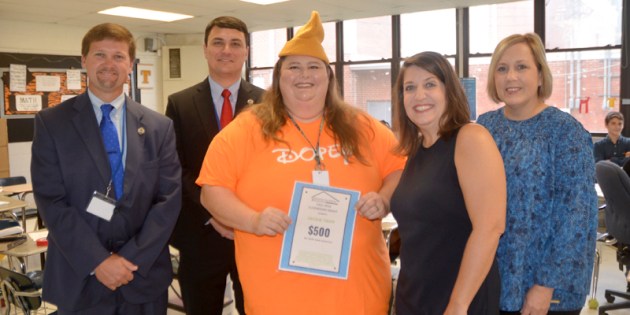 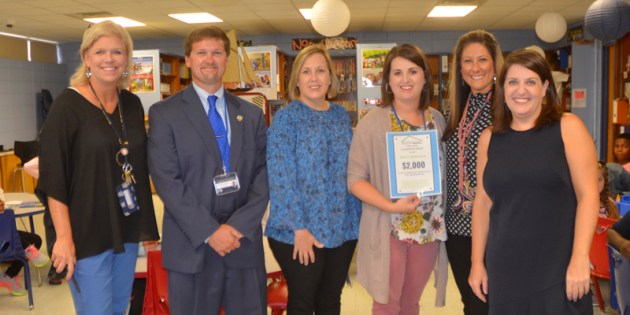 The Demopolis City Schools Foundation awarded a total of 17 grants and just under $45,000 and on Monday, providing funding for a wide variety of things such as new library books and a Google Expedition Virtual Reality Kit.

“To me this is the most exciting time of the year of the work of the foundation to be able to go inside the schools and actually put the money into the classroom and to see the excitement of the teacher and the kids. Demopolis and this community is so generous in their support of our schools,” said Sarah Chandler Hallmark, president of the DCSF Board of Directors.

Amanda Barnes, executive director of the DCSF, said grant applications are now open year-round so teachers can apply whenever they get an idea. Then, twice a year, all the grant applications in the system are evaluated based on a rubric by the grant committee which consists of four teachers and four business owners. The grants are then approved by the foundation’s Board of Directors.

Demopolis Middle School Principal Brandon Kiser, who is also a currently member of the DCSF Board of Directors, said “I’ll take a picture of something great going on and find out later that years ago there was a grant that funded this. The great thing about these grants is they have a lasting impact. They’re really deliberate in choosing things that are going impact the school for years to come.”

Teachers who do not get their grants awarded are always encouraged to try again.

“There were several grants that we just were not able to fund this year that are good grants, and we have encouraged those teaches to apply again,” Barnes said.

She also said that, in order to fund as many grants as possible, some grants are only partially funded while encouraging the teacher to reapply for the rest of the funds.

Grants awarded by the DCSF fall into two broad categories of recurring costs or one-time costs. Grants may be awarded to librarians to replace old and worn books or to teachers to fund new technology in the classrooms.

Two matching grants were also rewarded, allowing programs that have booster clubs, such as the River City Blue Band Boosters to raise funds with the DCSF matching up to $2,500.

Barnes described just how  the grants are part of the “Demopolis Difference.”

“It’s absolutely amazing that we hat 23 teachers who were willing to take time out of their very busy schedule … that’s spectacular, and that’s something that we don’t really think about a lot. And I think our community that supports our school system is absolutely the most important thing. All of our funds are pretty much raised locally. We don’t get a lot of funds that are outside of the area so this is our community supporting our schools and supporting our classroom teach-ers.”

Following are the grants awarded for the fall cycle.

• $2,500 to Demetrius Scott as a matching grant for funds raised to replace instruments.

• $2,000 to Lisa Lawrence for books and supplies for the project area in the library.

• $7,750 to Lauren Kiser for a classroom set of Chromebooks and a cart.

• $576.33 to Connie Boutwell to create a set of BreakOut challenge boxes.

• $2,000 to Ginger Godwin for the purchase of lower reading level books and eBooks for special education students and other struggling readers.

• $4,103.94 to Amanda Smith for an iPad and an Apple TV adapter to interface with our new Promethean boards in each math classroom.

• $2,500 to Adam Brown as a matching grant for funds raised to replace instruments.

• $6,684 to Adrienne Etheridge for a Google Expeditions Virtual Reality Kit.

• $195 to Dana Hill for Rosetta Stone software to explore Spanish in the gifted classroom.

• $2,000 to Emily Windham to start a Makerspace activity area.

• $3,500 to Terri Speegle for additional iPads in the second grade to expand the Lego science and reading programs from 2017.

• $1,500 for art supplies for Westside’s new art class, to be matched by the Demopolis PTA.

• $1,214.22 to Gabrielle McVay for materials for Westside’s new music program.

• $2,000 to Andrea Johnson to purchase nonfiction books for the library collection.

(This article originally appeared in the Wednesday, October 3 issue of the Demopolis Times.)