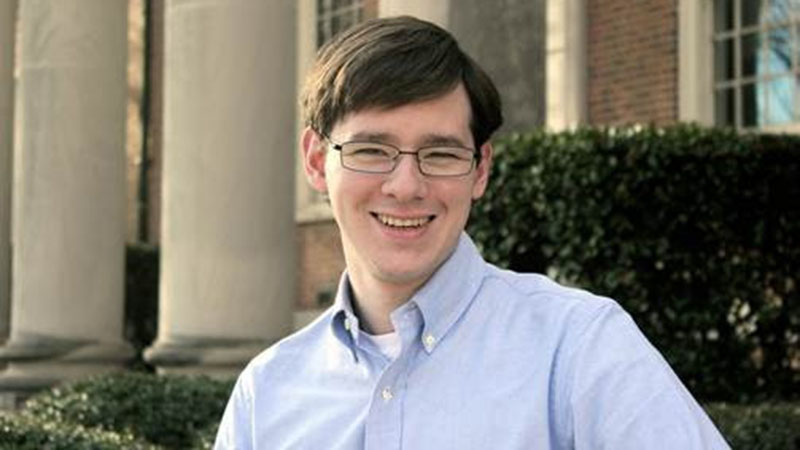 Organist Christopher Henley will perform at Judson College on Oct. 11.

The Judson College Music Department will host a recital by organist Christopher Henley October 11.  The concert will begin at 7:00 p.m. in Alumnae Auditorium on the Judson College campus in Marion, Ala. The public is invited to attend, and there will be no charge for admission.

“Christopher Henley is one of the most talented organists in the region, if not in the United States,” said Dr. Cindy St. Clair, Assistant Professor of Music and Head of the Music Department at Judson. “His playing is special, filled with musicality which combines elegance, clarity, and captivating power.  We are thrilled to host an artist of his caliber at Judson College.”

Henley will perform the Judson concert on an Allen 2-manual, digital Master Design Series 36 organ. Jackie Brunson, Judson College alumna and lifetime member of the Board of Trustees, gave the organ with her family in 1996 in memory of her late husband, Dr. Emmett Thomas Brunson.

A native of Talladega, Alabama, Christopher Henley serves as the Organist and Music Associate of the First United Methodist Church of Anniston, Alabama. In 2016, Christopher founded The Noble Camerata, an auditioned choral ensemble in the Anniston area, to sing for community events and special choral services. Also in 2016, he was inducted into The Diapason journal’s “20 under 30” in recognition for his leadership in the field of organ and choral music.

Henley is currently a degree candidate for the Bachelor of Music in Organ Performance at The University of Alabama, where he studied organ under the tutelage of Dr. Faythe Freese. He has studied piano under Mrs. Pamela Thomson, Dr. Tayna Gille, and Dr. Edisher Savitski. During his time at The University of Alabama, he was a member of University Singers, University Chorus, and the Early Chamber Ensemble, where he studied and performed harpsichord under the instruction of Mrs. Gesa Kordes and Dr. Don Fader.