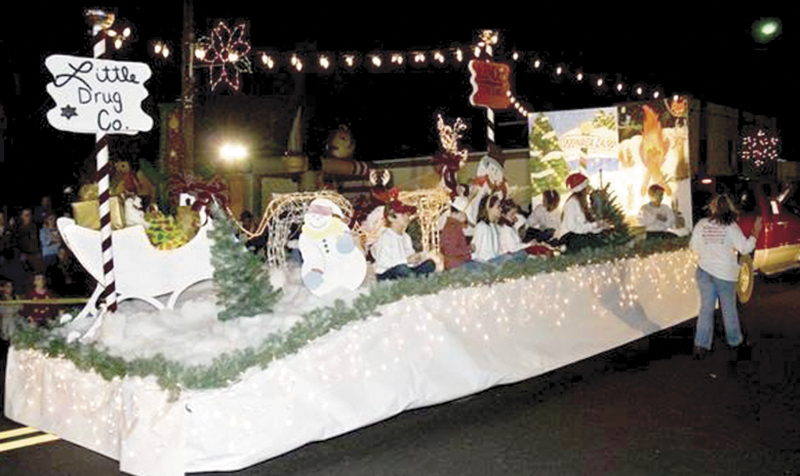 The annual Christmas Parade is among the highlights of Linden’s ChiLLy Fest.

Linden’s ChiLLy Fest is in its tenth year, and the fun has only grown since its inception. Before it was known as ChiLLy Fest, Events Coordinator Bruce Ward said it was a Christmas parade in 2006. In the year following, The ChiLLy Fest Cook-off was added, and, in 2008, the celebrations were officially dubbed as ChiLLy Fest.

“The idea of adding a chili cook-off just stuck, and it grew from there,” Ward said.

Since 2008, several other events spanning the course of two days have become part of ChiLLy Fest, including a carnival, food and crafts vendors, a concert, a car show and fireworks. ChiLLy Fest also has its own title pageant, the ChiLLy Fest Pageant.

Storytime, inspired by Easter at the Gazebo, will also be included in this year’s festivities, and Ward encouraged church involvement in the event.

Ward said he doesn’t see ChiLLy Fest losing any of the activities already included, though last year’s celebrations were the first to not include a run due to low participation.

The theme of this year’s parade is “Happy Birthday,” which is taken from the tenth anniversary of ChiLLy Fest, Alabama’s Bicentennial and Christmas.

Overall, Ward said ChiLLy Fest has been a favorite throughout the community.

“We’re very happy with the way it’s evolved over the years and with people getting involved in everything,” he said, adding that “We had a snowstorm last year, and people just come on out and had a blast.

This year, ChiLLy Fest will take place Dec. 7-8 at ChiLLy Fest Park, except for the ChiLLy Fest Pageant, which takes place on Nov. 4 at the Marengo Academy Gym. On the seventh, there will be a carnival lasting all evening, an Anything But Cook-off, the Chili Cookers Party and a free concert from The Emulators. On the eighth, festival-goers can look forward to food and crafts vendors, Christmas Music, the second day of the carnival, the ChiLLy Fest Cruise In Car Show, the Chili and Cornbread Cook-off judging, the Christmas Parade of Lights in downtown Linden and the Fireworks Extravagance.

A full list of events, times and all necessary forms can be found at www.lindenalabama.net/events/chilly_fest.

(This article originally appeared in the Wednesday, October 10 issue of the Demopolis Times.)