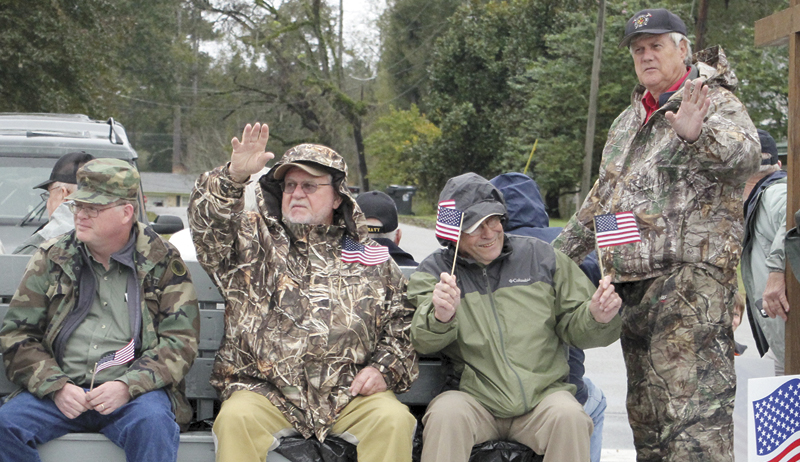 The City of Linden of hosted a Veterans Day Parade and Ceremony Friday. The event involved participation from several area veterans organizations, the Linden Police and Fire departments, churches and the University of West Alabama Marching Band, as well as other entries. The parade was sponsored and organized by the Heart of Marengo Chamber of Commerce.

(This photo originally appeared in the Saturday, November 10 issue of the Demopolis Times.)