Donna Baker, Editor-in-Chief of Alabama Heritage magazine and member of the Alabama Bicentennial Commission, presented an overview of the state’s celebrations for the 200th anniversary at the Demopolis Public Library on Nov 9.

She explained that, although Alabama did not become a state until 1819, celebrations have been in place since 2017 to mark the year that Alabama became a territory and honor its journey to statehood. 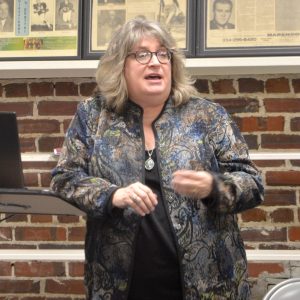 Donna Baker, Editor-in-Chief of Alabama Heritage magazine and a member of the Alabama Bicentennial Commission presents an overview of celebrations going on across the state as Alabama nears its 200 anniversary as a state.

Baker also repeated the words of Sen. Arthur Orr, who is the chair of the bicentennial commission, as what inspired her involvement in the commission and is the thinking behind several planned events.

“We want to leave Alabama better than we found it,” Orr told Baker.

The celebrations are meant to be more than a parade or a singular project, according to Baker. The commission wanted every community in Alabama to honor the bicentennial in its own way.

To do so, the commission awarded more than $500,000 in grants to celebrating communities, as well as hosting workshops to provide guidance for communities who are participating. Linden was one such recipient awarded a $2,500 Alabama 200 grant, which will be used for the annual ChiLLy Fest in order to celebrate the bicentennial, as well as the city of Linden and the surrounding community.

A traveling exhibit titled “Making Alabama” has also been making its way across the state and allows the hosting town to customize it with their own museum pieces and history.

“It allows towns to create something really professional and well done and new,” Baker said, “…without there being huge investment on the part of the town that is hosting it.”

Schoolchildren have also been a huge part in honoring the state’s 200th anniversary. Likening back to the 1960s, when students were asked to donate lunch money in order to refurbish the USS Alabama in Mobile and were given a commemorative coin as a thank you, Baker said that the commission wanted the bicentennial to create similar fond memories for children today.

To accomplish this, the commission introduced Alabama Bicentennial Schools, a list of 200 schools across the state that were selected based on grant proposals written for projects that will inspire community involvement and outreach. The selected schools were awarded a $2,000 grant to implement their project. Demopolis’ Westside Elementary School is among the 200 schools named for their community garden project.

“With this bicentennial, it’s important to us that children walk away with the sense of their importance to the community,” Baker said.

What Baker has had the heaviest hand in, however, is the various genealogical conferences and projects from the commission. Baker and the commission created “Alabama Ancestry,” a digital trove of backlisted genealogical and historical journals at the state archives.

“This allows people anywhere in the world to find the work that somebody diligently did,” she said.

She also spoke about upcoming genealogical conferences in 2019, such as “Family History Gaps: DNA for Health and Heritage” on Feb. 2 in Huntsville as well as two other conferences on Mar. 23 in Gadsden that will feature Mark Lowe and on Aug. 9 and 10 in Montgomery that will cover how to run a successful genealogy organization and how to masterfully mix genealogy and history. The latter two conferences are still in the planning stages, according to Baker.

Any events can be submitted to alabama200.org to make it on the statewide calendar. Following other bicentennial events such as the “Making Alabama” exhibit at the Marengo County History and Archives Museum and the display of James Haskins’ typewriter at the library, a bicentennial pilgrimage will take place in Marengo County and other surrounding counties.

On March 29 the scope narrows as the event resumes in the Demopolis town square, as well as a gala at the Demopolis City Civic Center on March 30 and a county-wide pilgrimage on March 31.

(This article originally appeared in the Wednesday, November 21 issue of the Demopolis Times.) 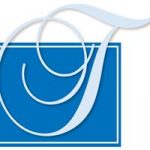