Two people are dead and two others wounded following a shooting on Floyd Street in Demopolis Sunday. One suspect was arrested Tuesday in connection to the incident.

Laderrus Gilbert, a 27-year-old male, and Jasmine Washington, a 24-year-old female, each suffered gunshot wounds and were transported by ambulance to Bryan W. Whitfield Memorial Hospital where they were later pronounced dead. 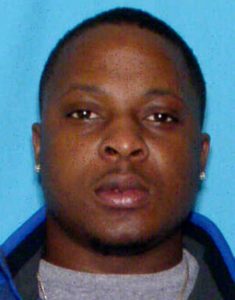 Two others, Anthony Collier, 21, and Tramaine Irby, 26, both males, were also wounded and were taken to the hospital by a private vehicle. Collier and Irby were each admitted to the hospital in stable condition, according to the Demopolis Police Department. The DPD assigned officers to the ICU at BWWMH throughout Sunday night as a security precaution.

Police responded to the scene at approximately 9:23 a.m. and found a male and female dead inside a vehicle that had crashed into several parked vehicles near the intersection of Floyd and Field streets.

On Tuesday, the DPD Investigations Division announced that Anthony Bernard Collier Jr., 21, was arrested and charged with one count of manslaughter for his alleged involvement in the shooting. Collier was transported to the Marengo County Detention Center to await a bond hearing.