Linden’s ChiLLy Fest is in its tenth year, and the fun has only grown since its inception. Before it was known as ChiLLy Fest, Events Coordinator Bruce Ward said it was a Christmas parade in 2006. In the year following, The ChiLLy Fest Cook-off was added, and, in 2008, the celebrations were officially dubbed as ChiLLy Fest. 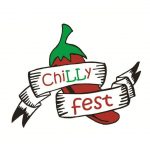 Since 2008, several other events spanning the course of two days have become part of ChiLLy Fest, including a carnival, food and crafts vendors, a concert, a car show and fireworks.

The theme of this year’s parade is “Happy Birthday,” which is taken from the tenth anniversary of ChiLLy Fest, Alabama’s Bicentennial and Christmas.

This year, ChiLLy Fest will take place Dec. 7-8 at ChiLLy Fest Park. On the seventh, there will be a carnival lasting all evening, an Anything But Cook-off, the Chili Cookers Party and a free concert from The Emulators. On the eighth, festival-goers can look forward to food and crafts vendors, Christmas Music, the second day of the carnival, the ChiLLy Fest Cruise In Car Show and the Chili and Cornbread Cook-off judging. The Christmas Parade of Lights in downtown Linden and the Fireworks Extravagance will be held on Monday, Dec. 10.

(This article originally appeared in the Wednesday, December 5 issue of the Demopolis Times.)