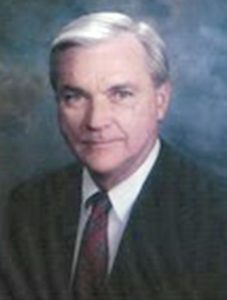 Ed was born in Uniontown, Alabama on Dec. 19, 1938 and had been looking forward to his 80th birthday this month. His family moved to Demopolis when he was in elementary school and he lived most of his life there, graduating from Demopolis High School and then attending Auburn University. He was a member of the Demopolis First Presbyterian Church where he served as Deacon and Elder.

Ed worked for Gulf States Paper Corporation in Marketing for almost 40 years with his last position being Export Sales Manager-Pulp and Paper. When he was younger, he especially enjoyed playing golf. He was an avid Auburn Fan and enjoyed attending football games with his wife for over 30 years.

Ed was predeceased by his parents, Lloyd E Williams and Margaret Anderson Williams, and his brother, Ronnie Williams.

He leaves to cherish his special memory his wife, Dorothy Greene Williams, who had been his high school and college sweetheart, and were married 55 years. Also, his son, Ronald “Ron” Alan Williams, with whom he had a close special relationship and enjoyed many days hunting at Spidle Lake Hunting Club. They also enjoyed fishing together.

Donations to your favorite charity or flowers would be appreciated. To send flowers to the family of Lloyd Edward “Ed” Williams Jr., please visit the Heartfelt Sympathies Store. Kirk Funeral Home is in charge of arrangements.