Hardaway inducted to Hall of Fame 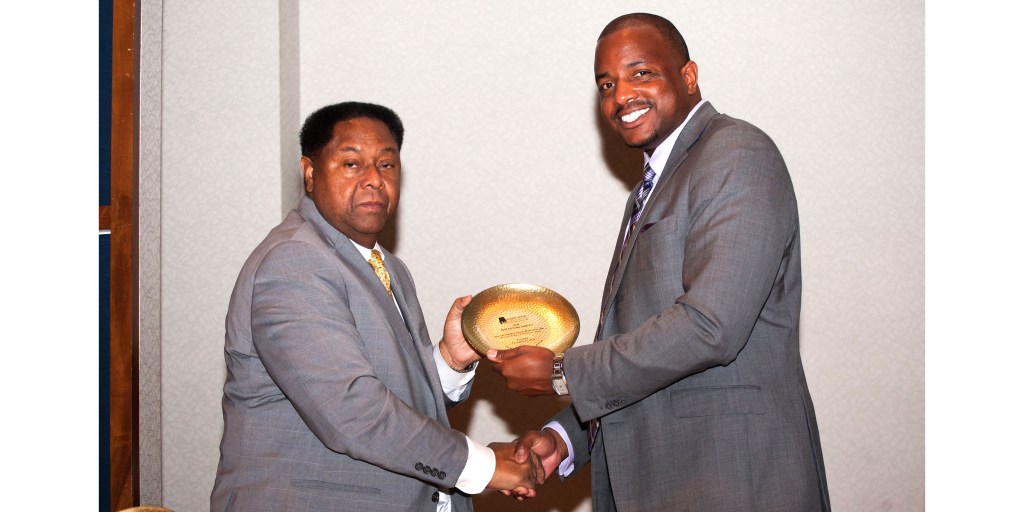 Circuit Judge Eddie Hardaway Jr., pictured left, of Sumter County into the Alabama Lawyers Association Hall of Fame on Nov. 14 at the RSA Activity Center in downtown Montgomery. Hardaway was recently unopposed and re-elected to a fifth term having served 23 years as the 17th Judicial District Circuit Court Judge. Hardaway received his law degree from the University of Alabama in 1977 and was admitted to the Alabama Bar in 1978.

(This photo originally appeared in the Wednesday, December 12 issue of the Demopolis Times.)