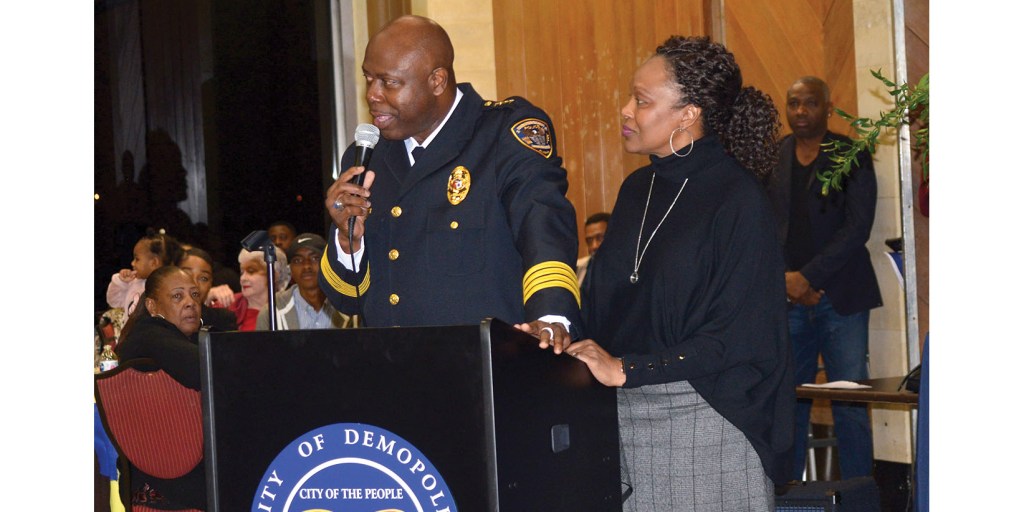 Demopolis Police Chief and Public Safety Director Tommie Reese speaks with his wife, Sonja Reese, at his side during a program honoring him for 33 years of service to law enforcement and Marengo County. The Celebration of Service event was held Monday at the Demopolis Civic Center. Reese announced his resignation as the city’s police chief earlier this month and that he has accepted a new position with the Alabama Attorney General’s Office. Among those paying tribute to Reese were Pastor Fred Moore, Hale County Sheriff Kenneth Ellis, and Adrian Bramblett of the Alabama Association of Chiefs of Police. Other speakers included District Attorney Greg Griggers and Circuit Judge Eddie Hardaway Jr. “I would like to say thank you to my family, friends and the citizens of Demopolis and Marengo County for allowing me to serve my hometown for the last 33 years. You have made this journey awesome. The support and friendship shown will never be forgotten,” Reese said.

(This photo originally appeared in the Wednesday, December 19 issue of the Demopolis Times.)