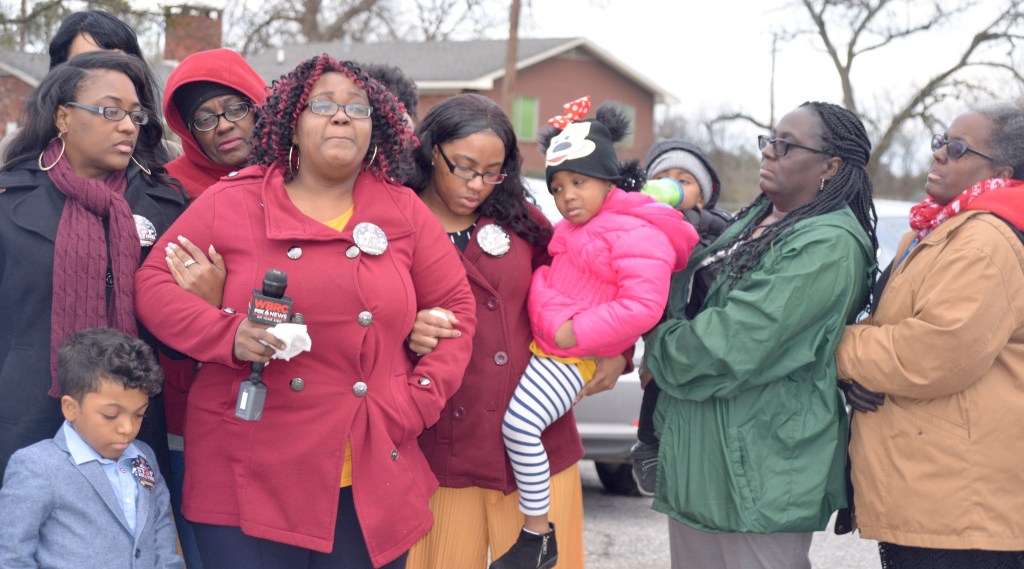 Jasmine Adams, mother of McKenzie Adams, surrounded by family, speaks during a press conference Friday, Jan. 4. The family is asking law enforcement to continue its investigation into the 9-year-old’s suicide.

The Linden Police Department closed its investigation into the suicide of a McKenzie Adams, a fourth-grader at U.S. Jones Elementary School, on Dec. 28. According to Police Chief Robert Alston, the investigation concluded that reports from the family that bullying at school resulted in 9-year-old McKenzie’s death on Dec. 3 were “unproven.” 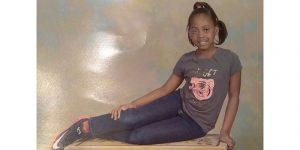 “As far as any proof of bullying that was alleged to be the cause of it, it was unproven,” he said.

As part of the investigation, which was conducted along with the Demopolis Police Department, the LPD spoke to several school officials at USJ as well as several students, including those in McKenzie’s class.

“They didn’t see anything different that they would have done,” Alston said.

In addition to the investigation, an online petition found on thepetitionsite.com is calling for Alabama Attorney General Steve Marshall to conduct a separate investigation into McKenzie’s death as well as the school system’s response to the alleged bullying against her. As of Tuesday afternoon, the electronic petition had received just over 49,500 signatures.

Alston also said “my investigation went as far as I can take it” and that he was unable to prove any criminal liability in the case.

On Friday afternoon, members of McKenzie’ s family, as well as representatives from groups such as Tiny Be Mighty and the Tuscaloosa County NAACP chapter, held a press conference at USJ requesting that the case be reopened.

“There are things that could have been missed on the first go-around, and I just feel that she deserves a second look at her case,” McKenzie’ s mother Jasmine Adams said.

McKenzie’ s grandmother, Janice Adams, said her granddaughter had a bright future, before stating that, “We want people to know that bullying is real and kids are being bullied everywhere.”

Jerry Carter, president of the Tuscaloosa County NA ACP , also called on law enforcement to investigate McKenzie’ s suicide a second time. He said that he didn’t think it was an unreasonable request that police “try again to get to the bottom of it,” and that the NAACP chapter would continue to stay involved.

Eddwina Harris, Mckenzie’ s aunt, remembered her niece as a “sweet, loving child” who wanted to be a scientist and aspired to attend the University of Alabama. She said that moving forward she hopes McKenzie’ s case results in “policies and procedures” being put in place to prevent this situation from happening to another family.

“It’ s a mandatory thing that has to take place immediately. It has to, because if it’ s not defined, no one can get the help that they need,” she said.

Harris described the month following McKenzie’ s suicide as “devastating” especially because of the holidays. She said that as the family mourned McKenzie, the Christmas gifts purchased for her remain wrapped and untouched. But, Harris thanked the community for the outpouring of support towards the family.

“People around the world that never met McKenzie, but their love and their affection and their care and their concern has just been overwhelming and greatly appreciated. And we do thank you from the bottom of our hearts.”

(This article contains updates from the versions previously published online on Jan. 3 and 4)