The Marengo County Sports Hall of Fame is now headed into the second decade of its existence in honoring men and women who have left indelible footprints for others to emulate and for those footprints to be honored.  From the first class of five inductees in 2009 through the last class in February of 2018, there have been 50 men and women recognized, championship teams from around the county honored, and thousands of dollars in scholarships awarded by the Hall of Fame.

In addition to the four new former athletes to be inducted the second Monday in February of 2019, there will be an additional scholarship awarded, and there will be a special recognition of the 2004 Demopolis High School Football State Championship team, along with their coach, Doug Goodwin.

The first inductee for the 2019 Class Number Eleven is CECIL “DYNAMITE” DUNN from Linden. Many consider Cecil Dunn to be one of the, if not the greatest, athletes to ever come out of Linden School where he played football and baseball, and then went on to Auburn on a football scholarship, transferring to Birmingham Southern on a baseball scholarship. While in Birmingham he was signed to his first professional baseball contract. He played for many teams throughout his career during the period of l935 to l945, but most notably he starred for the Alexandria Aces. 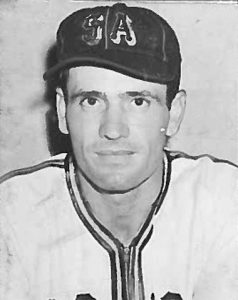 Although he never reached the Major Leagues, Dynamite Dunn continued to play a solid first base and to run up the scores. He won four homerun crowns and a triple crown, and hit over 200 homeruns. After he died, Cecil was among those featured on an ESPN special concerning individuals who had hit five homeruns in one game in professional baseball.

After retirement from professional baseball, Cecil returned to Linden and went to work for Transcontinental, and established himself as a local legend when he started playing American Legion Baseball. Dynamite starred with fellow players like John Echols, Jack Whitcomb, Fred Barr, Mit Robison, and many other baseball players.

Baseball and non-baseball fans of all ages came to the park almost assured to see Cecil Dunn knock at least one ball over the furthest fence, and the spectators were rarely disappointed.

The second inductee to be recognized by the Marengo County Sports Hall of Fame is TERRENCE RANSOM from Demopolis High School where he won three letters in basketball, two football, and two on the track team, and at the time he played in the mid-1985s, Terrence had become the leading scorer in the history of Demopolis High School, was All Conference his junior and senior years, and was voted to the Tuscaloosa News All State team in 1985. 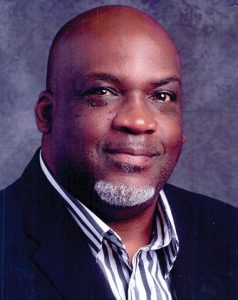 He received a full scholarship to Gaston State but then transferred to Mount Hood College in Gresham, Oregon, and then to the University of Oregon.  After college he played with the Golden State Warriors, and then signed his first professional contract with a professional team in Portugal, where he played for five years, his career ending after several knee injuries. Terrence was an associate basketball coach in college for five years, and in 2005 accepted the head coaching job at Skyline High School in Oakland, California, where he had a record of 81 wins and 27 losses, retiring in 2011 one game shy of being the winningest coach in the history of that high school.  In addition to winning teams, Coach Ransom emphasized grades, resulting in the accumulated grade point average on both the varsity and JV teams going from a 1.9 to a 3.9 grade point average.  With retirement, Terrence got into harness racing as an owner, trainer and driver.  He lives in San Leandro, California, and has three children, Terrence Jr., Terren Ranson and Stephen Ranson.

Inductee Number Three is IRVIN G. RENTZ, formerly of South Marengo, and now residing in Mobile. Irvin played baseball at Linden High for three years as the starting catcher, and played end on the football team for two years, both of those years resulting in a 7-2 record with only 14 players on the team, and no fulltime coach. 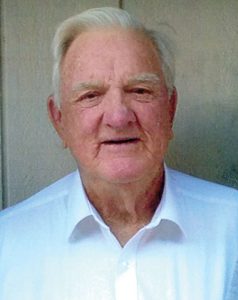 Upon graduation from high school in l946, he enlisted in the Army, and was assigned to the prestigious Military Academy at West Point where he played baseball and football on the post teams.  Upon his discharge, he was offered a baseball and football scholarship to North Carolina State University, but tried out with the Cleveland Indians the week he got home from the Army, and ended up playing two years as catcher for the Indians Farm Team in Cordele, Georgia.  He and his wife moved to Mobile, where he was very active in sports, being the official scorekeeper for basketball and softball teams, playing catcher in the City Baseball League for 12 years, and became heavily involved in youth baseball.

Irvin was appointed as the president of the American Little League for Mobile County, and was District Commissioner for Little League in Mobile and Baldwin Counties for 20 years, and was active in youth baseball for more than 40 years, officiated high school football for over 47 years, and for much of that time served as the president of the Mobile Football Officials Association.

Irvin makes his home in Mobile, where he and his wife raised five children, Debbie, Jennie, Irvin Jr., Leslie and Cindy, and where he has had grandchildren excel in sports.

The fourth sports honoree for the 2019 class, GEORGE SPENCE, started his athletic career in Salisbury, Maryland, being an All-State member of his high school basketball team, having the opportunity to play against the American League All-Stars when they barn-stormed into his hometown, was invited to tryout for the New York Yankees and did play for the Triple A Orioles until World War II interrupted.  After his discharge from the Army Air Corps in February of l946, he, his wife and his baby daughter moved to Sweet Water, and he taught history and coached with an emergency certificate at Dixons Mills High School, coaching football, basketball and baseball. 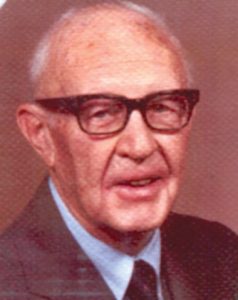 He and his family then moved to Demopolis where he became involved in the Blackbelt Baseball League as a player and a coach, coached various age levels from Babe Ruth Youth to adults, and worked many years as the tiredless president of the Demopolis Dixie Youth League, which still has a George Spence Day each year in his honor.

George was known for helping to start the East-West baseball game for All-Stars, and worked on the state level in this arena.

George was known statewide for his work with youth and with the Demopolis Lions Club.  He was known for his abilities and his fame on the baseball diamond, but this man is most remembered by those who knew him as someone who wanted to give, and especially give to young people.  He is remembered for doing things for people that never received publicity, nor did he want it posted on the bulletin board.