“We were nominated for creating a culture of student leaders,” WES Principal Roshanda Jackson said. 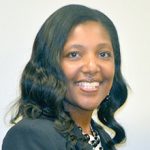 Put forward by Superintendent Kyle Kallhoff, Jackson and a team of Westside teachers put together a thorough application detailing the schools Leader in Me process, which is designed to empower students and develop leadership and life skills.

In the application, Jackson and the WES team discussed initiatives such as teaching students to set their own goals and letting students fill leadership positions like reading school announcements and greeting classroom visitors as the official Greeter Leader. The application also contained information of how the changing culture at WES has led to improvements in students’ emotional wellbeing, social skills and academics.

“If we get them feeling good about themselves, then they will be able to reach the academic goals that we set for them,” Jackson said.

For Jackson, the recognition serves as a confirmation that the Leader in Me process and the implementation of an individualized approach is working. With WES being the second Demopolis City School System school in a row to earn the title, Jackson also said “it tells me we’re moving in the right direction.”

Kallhoff also said, “Our folks are working hard. We’ve got great students and a great community, and we’re just proud of what they’re doing.”

He praised WES for the recognition and the successful implementation of Leader in Me, which he said has changed the way the children talk about and address problems.

“That school in a year and a half has been transformed. It’s amazing, not just to see the students taking leadership roles, but the language they’re using.”

He also plans to nominate Demopolis Middle School for the distinction next year for STEAM Lab 212 and Demopolis High School the year following based on the school’s new scheduling system and ACT prep.

WES was one of 24 schools named and 160 nominated. They will be honored at a luncheon in Prattville on Feb. 25. At the luncheon, they will also be informed which eight schools are named CLAS Banner Schools. One CLAS Banner School is chosen per school district.

For more information about Leader in Me, visit https://www.leaderinme.org/