Harold was born in Greensboro on Nov. 27, 1931 to Katie Weaver and Charles Bradford Johnson. He was an All-American athlete and graduated from the University of Alabama with a master’s degree where he lettered in both 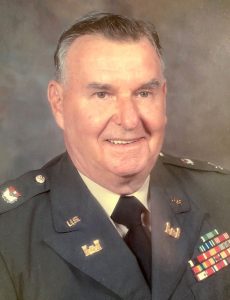 football and baseball. He was a successful business and cattleman, served as Chairman of the Board of the Commercial National Bank, served in the U.S. Army retiring as a full colonel, and was an active member of the First United Methodist Church.

He was loved and respected by many. A true man’s man, he loved being outside in nature working, hunting and fishing with his friends.