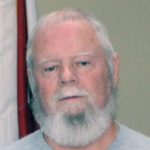 Pope, 68, served the City of Linden on the council since his election in 2016. As District 3 representative, he saw to the city’s needs in parks, recreation and civic improvements, most notably in Scott and Austin parks.

Mayor Charles Moore, who served with Pope for the entirety of his term, said Pope was a hard-worker who, to his knowledge, only missed one meeting while he was ill.

“I truly enjoyed working with Jimmy. He worked hard to get the job and was very involved in the City of Linden,” he said.

Bruce Ward, secretary to the city council added, “He was a very nice gentleman, and I enjoyed working with him on the council. I’m sorry for his loss and the family’s loss.”

Pope was a member of Linden United Methodist Church since his early teen years and, throughout current Pastor Tony Antonelli’s time at the church, actively served on the Staff-Parish Relations Committee and the Trustees Committee.

Antonelli remembered Pope as “just a great guy, willing to help anybody.”

According to Ward, the city council will appoint someone to serve District 3 until the 2020 election.

Pope was a retired owner of the Saltwell Grocery Store.

Pope is survived by his wife, Denise Perry Pope, and two children.

A visitation will be held at Linden United Methodist Church on Thursday, Jan. 31, from 10 to 11 a.m. with services to follow.

O’Bryant Chapel Funeral Home is in charge of arrangements.