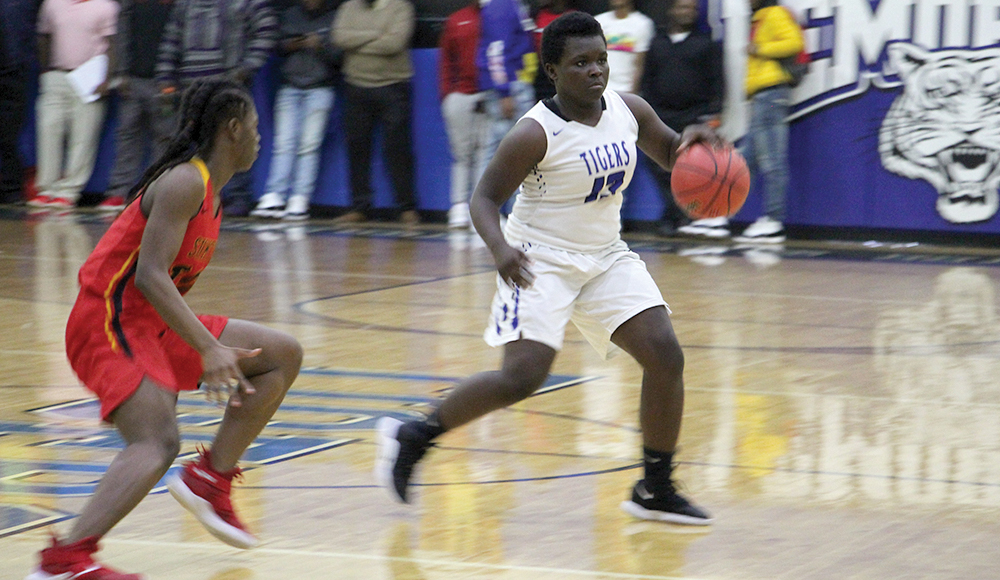 Demopolis took on Sumter Central last Friday with both the girls and boys falling short with losses in two closely played games.

The Lady Tigers played a very close game with Sumter Central, but falling short in the area contest, 55-48.

The game began with Sumter taking the first shots, then two buckets from Aniya Johnson and another from Samia Jackson tied the game. Sumter followed with two more shots to take the lead back. Johnson was fouled on a shot and sank the free-throw to keep the Lady Tigers close.

The period ended with two more shots from Sumter and three points from Abreuna Jones, giving Sumter a 14-12 edge.

The second period began with consecutive buckets from Tykeshia Howell and Johnson to give the Lady Tigers a lead, but was quickly answered by Sumter Central. Johnson was good on a three-pointer and followed with another basket.

Jackon scored a basket and a three-pointer and a free throw from Johnson put the Lady Tiges in the lead, 27-22, going into the half.

Sumter Central started the third period with 12 consecutive points, but scores by Jones, Shacorie Cockrell, Johnson, and four from Jackson, put the Lady Tigers back on top. Sumter hit on a late basket to tie the game at 39 as the third period ended.

The two teams battled through the fourth period. Sumter Central hit early with a shot, but points from Rae’Khia Merriweather, Cockrell, and Keandria Williams gave the Lady Tigers a brief lead.

Johnson and Jones scored for Demopolis down the stretch, but was not enough as the game ended, 55-48.

Johnson led the Lady Tigers with 20 points. Jones and Jackson each added seven while Cockrell finished with four.

The boys played hard throughout their area contest with Sumter Central, but came up short, 49-36.

Sumter Central took an early lead, but scores from Michael Spencer, Bryan Bennett, Keyjun Gracie, and a three-pointer by Shamar Wallace, kept the Tigers close with Sumter holding a 14-9 edge after the first period. 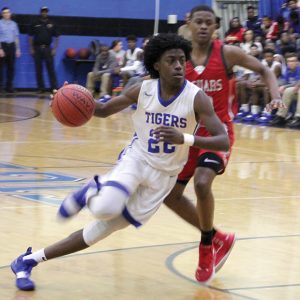 The teams fought through the second period with the two teams matching baskets early on, including points from Joshua Mason and a three-pointer by Gracie.

Peyton Stevenson added eight total points for Demopolis in the period, but Sumter had stretched its lead to eight, 30-22, by halftime.

The third period was a defensive struggle, seeing few points from either side. Sumter scored a total of nine points in the period while Demopolis got four points, all by Spencer, ending the period with Demopolis down, 39-26.

The final period started with a basket from Sumter Central, followed with DHS scoring consecutive baskets and three points from Wallace. But, Sumter maintained control, scoring eight more points down the stretch. Mason added three more points for Demopolis, but the contest ended with the final score of 49-36.

Stevenson led the Tigers with eight points in the game, with Spencer and Wallace scoring six points, and Gracie adding five.