The Demopolis Police Department’s investigation into a series of vehicle break-ins that involved the theft of firearms has led to one arrest.

Marquel Sherone Livingston, 31, of Selma was arrested Wednesday and charged with breaking and entering a motor vehicle. According to DPD Chief Rex Flowers, the multiple break-ins remain under investigation and additional arrests are probable.

“I would like to commend our investigators and officers for their hard work, along with the assistance from the 17th Judical Circuit Drug Task Force, Dallas County Sheriff’s Office and the Selma Police Department,” Flowers said. 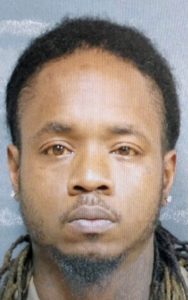 Marquel Sherone Livingston of Selma is facing charged related to a series of vehicle break-ins in Demopolis.

According to reports, there were seven vehicle broken into on Feb. 25. Those incidents occurred on Spencer Avenue, Mayton Avenue, Dow Street and Lake Lane. Two thefts on Spencer Avenue resulted in the theft of a semi-automatic Smith and Wesson pistol and a second involved cash. Two car break-ins on Mayton Avenue involved the theft of a semi-automatic .380 Taurus pistol and a .40 caliber Glock pistol from one vehicle while the second incident reported nothing stolen. From a vehicle on Dow Street, a .380 Bodyguard Smith and Wesson was taken. Then, on Lake Lane, a .45 caliber semi-automatic pistol, a .380 Ruger semi-automatic pistol, and a 9mm semi-automatic Glock pistol were taken from two separate vehicle break-ins.
About a week later, on March 6, another series of vehicles were targeted, including reports on Forest Lake Drive, West Herbert Street, Phil Harper Road, Forest Brook Drive, Wallace Harper Drive, and Phillips Drive.
From those vehicles, additional firearms were stolen, including Springfield and Glock weapons from one vehicle, a .40 Glock on West Herbert, a 9mm Kimper on Phil Harper, and a Colt Huntsman on Phillips Drive. Other assorted items, including currency, were also reported stolen from those vehicles.
Police Chief Rex Flowers said investigators are working the cases, but is asking residents to be mindful of items they leave in their vehicles.
“We want to remind citizens to please be mindful of leaving valuables inside your vehicle and always be sure to lock your doors. Even if they break a window, it might still be possible that they will make a noise or set off the alarm to alert someone,” read a DPD statement.
The department asks the public to report any suspicious people or activity by calling 289-3072. Those who have information on the break-ins can contact investigators at 289-3073 or leave an anonymous tip at 334-289-1475.