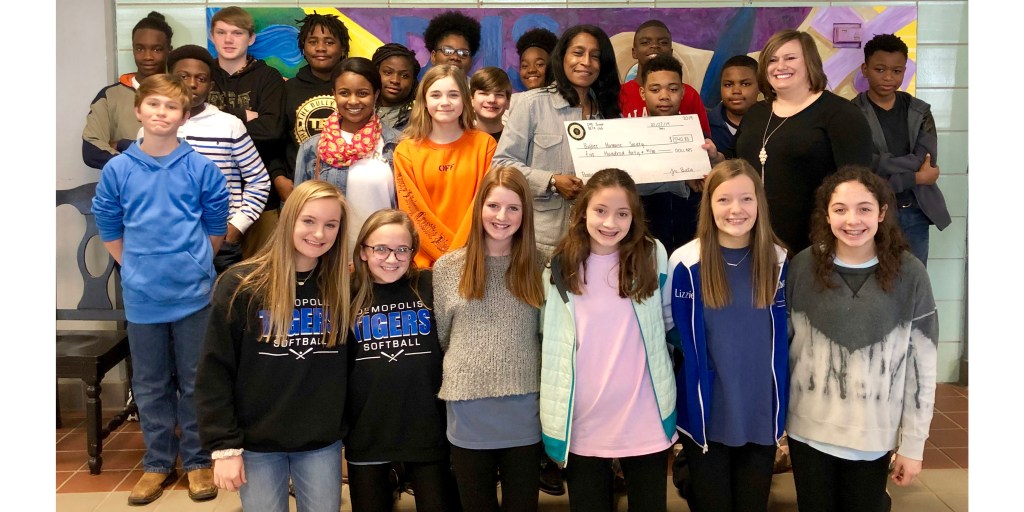 Demopolis Middle School Junior Beta Club held a penny drive for two weeks in February to benefit the Bigbee Humane Society. “Pennies for Puppies” brought in a total of $540.85 which was presented to representatives of the Bigbee Humane Society on February 26, 2019. Mrs. Charlene Jackson is seen with her class presenting the check. This academic advisory class raised over $120 and will be rewarded with a party on Friday.

(This picture originally appeared in the Wednesday, March 13 issue of the Demopolis Times.)