The Demopolis City School System will be searching for a new principal to fill the shoes of Roshanda Jackson-Lewis who is resigning from that position at Westside Elementary School, effective at the end of the current school year. Jackson’s resignation was accepted during a board of education meeting Monday.

In an interview on Tuesday, Jackson-Lewis said it was a difficult decision to leave WES. She said her marriage in December to a man who lives in Eufaula, Alabama was the basis for her resignation. 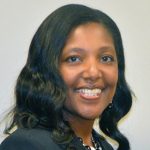 WES Principal Roshanda Jackson will resign at the end of this school year.

“It is very bittersweet. I love Demopolis, I love my kids at Westside, but it is important that our family be together,” she said.

Jackson-Lewis has served as principal of the school for three years. During that time, the school has been recognized multiple times, including being named a 2018 School of Distinction by the Council for Leaders in Alabama Schools.

“It’s hard to hold back the tears when I think of how the school has changed over the three years,” she said. “Everyone just got on board … our teachers have been wonderful and the superintendent and school board were very supportive. There was a lot of tears coming to this decision.”

The search will now begin for a new principal as the school board approved advertising for the position during Monday’s meeting.

Superintendent Kyle Kallhoff said the position will be advertised through mid-April, with interviews to begin later that month and into May. At that time, he said a recommendation would be brought to the school board.

“Mrs. Jackson-Lewis has been a tremendous addition to our school system and specifically to the Westside Elementary family,” Kallhoff said. “With the help of her wonderful staff, she has established an amazing culture among the adults and children at Westside.  Although she will be missed, the Board of Education and I support her and the opportunities she has in her future as she begins a new chapter in her life.”

Other items discussed by the BOE included:

• a presentation by Schneider Electric regarding a “Capital Recovery and Reinvestment Program,” that representatives said could save the system millions of dollars in utility and maintenance costs over 20 years. The program would require the system to invest in items such as lighting upgrades, water fixture upgrades and building envelope improvements. The board agreed to review the information.

• approving a contract with Unity Fiber for the systems wide area communications network.

• Kallhoff reported that additional decorative fencing will be place at the springs sports field following a previously committed donation from Marengo County Park and Recreation.

(This article originally appeared in the Wednesday, March 20 issue of the Demopolis Times. It was updated Friday, March 27, to include comment from Superintendent Kyle Kallhoff.)