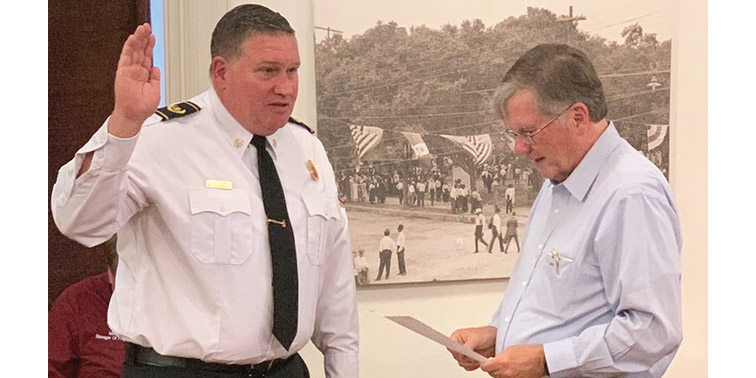 Keith Murray has been approved by the Demopolis City Council to promote Keith Murray to serve as the city’s new fire chief.

Murray has served as deputy fire chief since joining the Demopolis Fire Department in November.

According to Councilmember Harris Nelson, Murray was among five candidates interviewed for the position. The interviews were conducted by a panel comprised of five fire chiefs from across the state, as well as members of the city’s Personnel Committee.

Mayor John Laney said Murray was chosen based on his experience in the profession as well as his past involvement in a rescue-type service, which the city recently initiated with Rescue One, a rescue truck that works alongside AmStar Ambulance Services to answer emergency calls in the city.

“We feel that Chief Murray will do a very good job for the citizens of Demopolis, and I feel very confident in the recommendation and selection of the city council,” Laney said.

As the new fire chief, Murray plans to introduce new technology, additional training and a new culture of fire safety within the fire department. He also will strive to include more public education and code enforcement throughout the community.

“It’s a great feeling to be part of Demopolis Fire & Rescue,” Murray said, adding “I’m very glad the city took their time to review me for the time I’ve been here.”

The fire department was most recently under the leadership of former Public Safety Director Tommie Reese, who resigned in December to join the Alabama Attorney General’s office.