The Demopolis City School System will need to fill two elementary school principal positions for the next school year as the board accepted the resignation of U.S. Jones Principal Tori Infinger on Monday.

Infinger’s resignation comes one month after the announcement that Westside Elementar Principal Roshanda Jackson was leaving that post. Both principals’ resignations are effective at the end of the current school year.

Infinger served as USJ principal for one year. 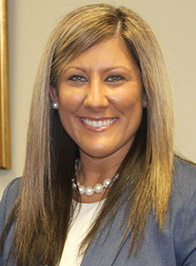 USJ Principal Tori Infinger will resign at the end of this school year.

“(Infinger) has been a tremendous help in bridging the gap between (longtime DCSS principal Leon Clark) and where we go next,” Kallhoff said. “She brought a lot of new ideas and initiatives to U.S. Jones and our goal will be to find someone who will carry on those ideas and make any changes to make them even better.”

Kallhoff reported to the board that the system has received over 50 applications for an elementary principal position, which began advertising when Jackson’s resignation was announced. He, along with a group of teachers, will narrow that field down to 7 to 10 candidates for interviews by a committee.

Other items discussed during Monday’s board meeting included the following:

• Approving a bid of $144,000 from Frasier-Ousley Engineering for the second phase of projects related to efforts in bringing Demopolis Middle School into compliance with the American Disabilities Act. While the bid is over budget, Kallhoff said the system did have the additional funds and that the project is a requirement.

Kallhoff said students in grades 10 and above could sign up for online classes with UA, or enroll on campus for summer classes, at a discounted rate.

• The superintendent also presented the board with a first look at possible state funding for teacher units. The initial numbers were collected based on the governor’s state budget proposal. The Alabama Senate and House still must present budgets before teacher unit funding is official.

The next board of education meeting is scheduled for Monday, May 20, 5:15 p.m., at the DCSS Central Office.