Burnes to preside over annual meeting of Alabama Historical Association

Dr. Valerie Pope Burnes, associate professor of history at UWA, will preside over the 72nd Annual Meeting of the Alabama Historical Associationwhen it convenes in Tuscaloosa from April 25-27.  Burnes was elected president of the Association in April 2018, and will finish out her term as president at the Tuscaloosa meeting. 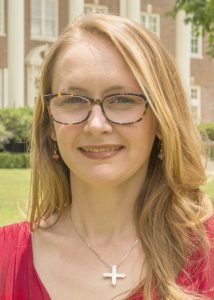 Before being elected to serve as president of the AHA, Burnes served as treasurer for 4 years, and vice president/president-elect for 2017-18.

Prior to serving as an officer, Burnes served as a member of the AHA Board of Directors before election as an at-large member of its executive committee.

Burnes is one of the youngest presidents elected to head the AHA, and is only the 17th female chosen for the post since the organization was founded in 1947.

The AHA will focus on commemorating Alabama’s Bicentennial at this year’s meeting.

“The 2019 AHA annual meeting will be a great opportunity for historians across the state to gather and reflect on 200 years of Alabama statehood,” Burnes said. “I am especially honored to be chosen to the lead the Association during Alabama’s bicentennial year. This organization does so much to advance the study of history in the state through our yearly meetings and the quarterly publication of the Alabama Review, and it has been a privilege to lead the AHA over the past year.”

The conference opens on Thursday, April 25, with the meeting of the Alabama Trust for Historic Preservation and a walking tour of Tuscaloosa. The annual meeting concludes on Saturday, April 27, with the presidential address by Burnes.