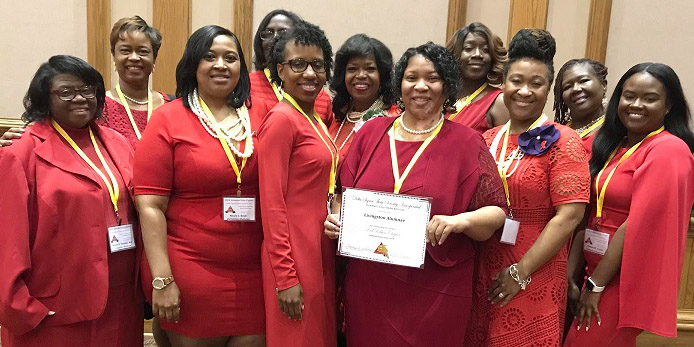 Members of the Livingston Alumnae chapter of Delta Theta Sigma were honored with the Red Ribbon Award at the Alabama State Cluster in Huntsville March 29-31.

The Livingston Alumnae Chapter of Delta Sigma Theta Sorority received a Red Ribbon Award recognizing them as an outstanding chapter while attending the Alabama State Cluster in Huntsville March 29-31.

The chapter expressed thanks for all supporters that contributed to the organization and looks forward to expanded opportunities to work together for many years to come.  Being acknowledged as an outstanding chapter in Alabama affords a platform for a final reclamation push to strengthen sisterly relationships in their service areas. The chapter welcomes any Marengo County sorors requesting time, gifts, resources, and self to help fulfill the mission of the sisterhood.

Visit the Facebook page for recent endeavors and direct chapter meeting. Any questions may be sent to livingstonalumnaechapter@gmail.com.