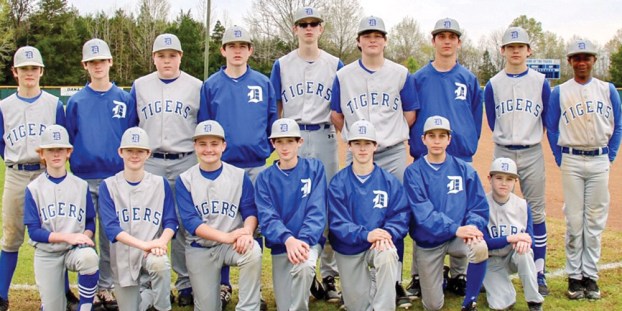 The Demopolis Middle School baseball team finished a very successful season with the Tigers going undefeated with one tie. DMS’s overall record is 15-0-1.

In two games against Hale County the Tigers won 5-1 and 5-2.

The team is coached by Brian Bradley and Brad Daniels.

Casper signs scholarship to Huntingdon; Will play baseball for Hawks in 2020