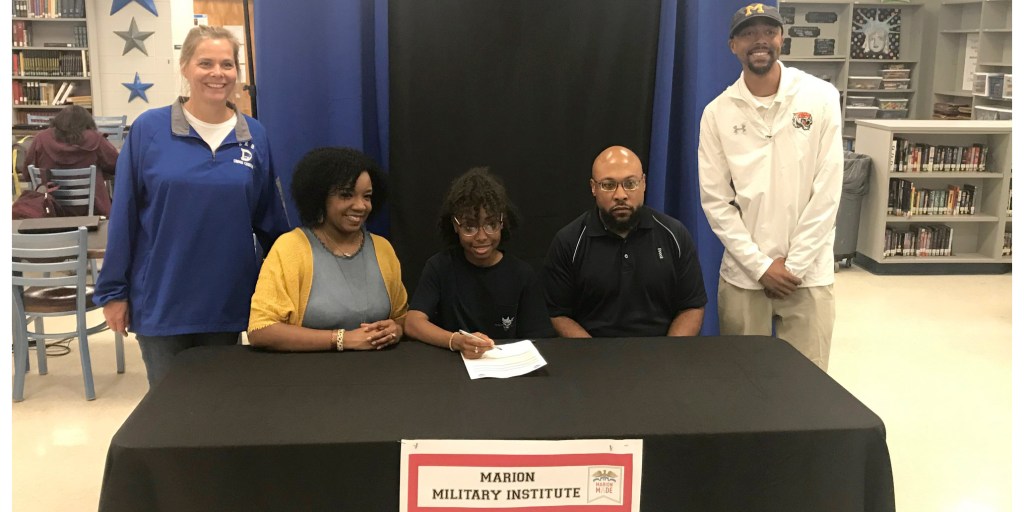 “Cross country has been a part of my life for a long time and I look forward to continuing to run as a member of the team at felt Marion Military Institute. It’s very excited,” Mullen said.

Mullen also expressed appreciation to her high school coaches, Boykin and Rodney Rowser, for helping her over the years, which led to her signing a scholarship.

Lawrence said he looks forward to having Mullen on MMI’s cross country team.

“She is a very talented runner in this region. We are very lucky to have her on our team,” Lawrence said.

Mullen is the daughter of Clint and Helena Mullen.