The Demopolis City Board of Education approved the hiring of a principal to fill one of two vacancies at the elementary level, while also approving the resignation of a third principal.

During a called meeting on Thursday, May 2, Bridgett Powell was named the new principal at U.S. Jones Elementary School. 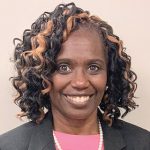 Later in the meeting, the board approved the resignation of Brandon Kiser, who has served as the principal at Demopolis Middle School for two years.

According to Superintendent Kyle Kallhoff, a committee conducted six interviews and that he “felt confident” that Powell is the right choice to fill USJ’s vacancy.

“Her experience at that grade level and background as a counselor and special education teacher will be a great benefit at U.S. Jones. Her calmness, but firmness, caught the attention of our committee. She is going to be a very good fit for U.S. Jones,” Kallhoff said.

Powell worked for three years at John Essex and has spent the remainder of her career at Clarke County where she served at different times as a special education teacher, counselor and assistant principal.

“I look forward to continuing the tradition of excellence at Demopolis schools and to inspire our children to be the best they can be. I’m very grateful for this opportunity,” she said.

Powell is married to Derrick Powell and they have three children: Briann, 24; Brooke, 21; and Daniel, 18. She has one grandson, Devonta, who is 16 months old. 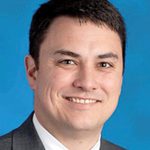 The search for a principal at Westside Elementary School is ongoing and the position for DMS principal is now underway as well.

“(Kiser) has done a great job for us. He allowed our teachers and students to be creative and has done a lot to focus on math and science. We hope to find a candidate who will pick up some of those things he’s implemented and make them even batter,” Kallhoff said.