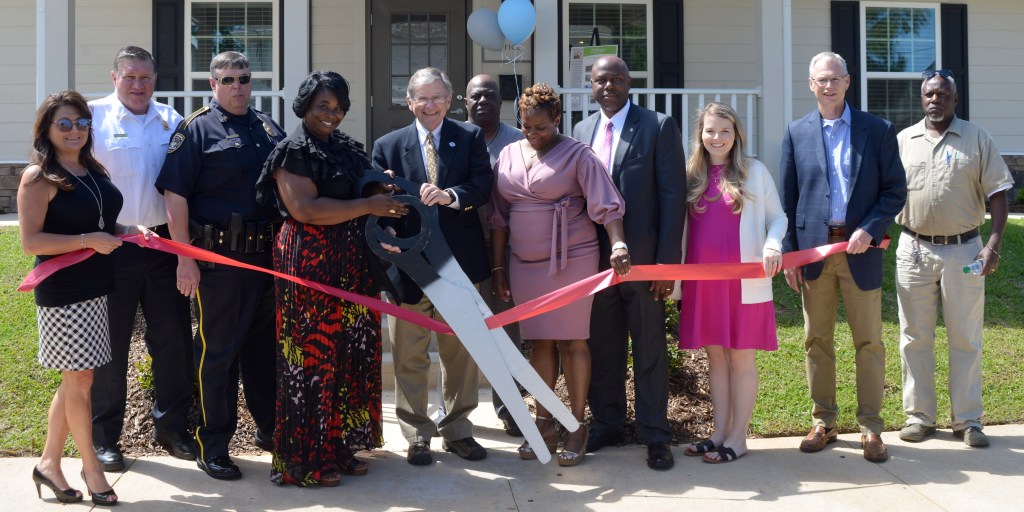 Arbours at Demopolis is an affordable housing apartment complex under Arbour Valley Management. The renovations took place during an 18-month period beginning in June 2017 and wrapping up in September 2018. President of Arbour Valley Management Stephanie Tinney described the work as a complete overhaul, with $50,000 being invested into each unit.

New kitchen appliances, HVAC and roofing were among the biggest upgrades to the apartments, and a playground and business center were added to the apartment complex’s list of amenities. The laundry room and pool also saw renovations.

Arbour Valley Management and community leaders spoke positively of the renovations and the ultimate benefit to the residents. Mayor John Laney thanked the management team for their investment in the people of Demopolis.

“You’re raising standards of living and giving people the ability to live a much better life,” he said, adding that the renovations give residents access to things that are not readily available to them, such as the computers in the business center.

Chief Tommie Reese, law enforcement coordinator of the Office of the Attorney General and former public safety director of Demopolis, said the higher standard of living now seen at the apartments will make for a safer environment overall.