My hat is off

May is designated as Military Appreciation Month, and to my way of thinking there are 11 other months just the same as we pause all too seldom to reflect and to appreciate men and women who have worn the uniform of the United States of America, whether in war or peace, on American shores or foreign soil. 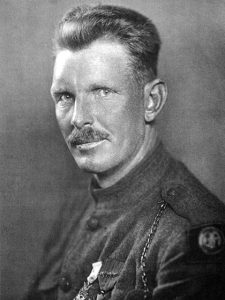 Regardless of the number of medals earned, my all-time hero was my daddy, and when he returned to Linden after World War II I could not have been prouder, and so it was and should be in each family welcoming home their men, and sometimes women even then, after unselfish service to their country.

Now, let’s write just a little bit more about two men who were reluctant and unlikely heroes. I have visited and supported the fabulous World War II Museum in New Orleans since it opened, and I recommend you visit. Anyway, I got a couple of pictures in the mail from there, and I want those two pictures to tell this story.

The first one is of Sergeant Alvin York, who was an unlearned, dirt poor, conscientious objector from the hills of Tennessee, who although his religion taught against killing, this humble farmer became the most decorated soldier of World War I, and when asked why, in spite of his religion, did he kill so many Germans, he simply said they were killing his buddies, and the only way to stop that was to kill them. That, in a nutshell, sums up the belief of any good soldier. Depend on the man next to you, and be sure he can depend on you. 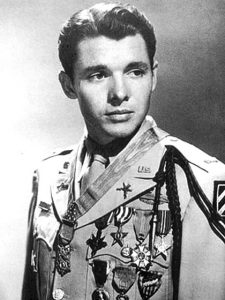 The second picture is also of a very young and poor farmer, this one from Texas. When World War II broke out Audie Murphy immediately went to enlist in the Marine Corps, but was told he did not weigh enough to qualify. The army took him, and off to Europe he went with his fellow infantrymen to face another generation of Germans. This kid immediately showed his courage, and after receiving several medals for valor, he was given a battlefield commission, after which he single handedly held off a large German attack at the age of 19, and, just like Alvin York, ended up with the Medal of Honor, and just as York in the first war, was the most highly decorated soldier of his war.

I will now stop writing, and ask you to just look at the pictures of two simple American farmers, who, as millions of their fellow countrymen, ought to be remembered and appreciated during the month of May, and every month thereafter.

Have you hugged a veteran today?

(This column originally appeared in the Wednesday, May 8 issue of the Demopolis Times.)