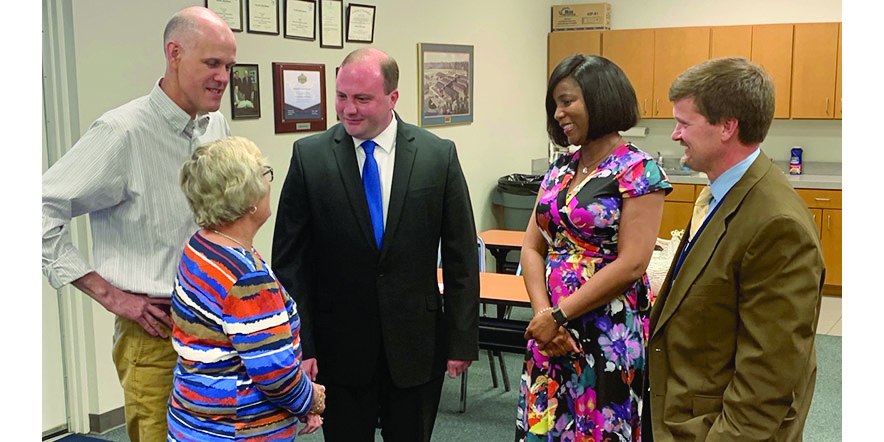 Demopolis City Schools has a full roster of principals for the 2019-20 school year with the final two positions being filled during a meeting on Monday.

The board of education voted unanimously to approve Superintendent Kyle Kallhoff’s recommendation to hire Derrick Hester as the principal of Demopolis Middle School and Tisha Lewis as principal of Westside Elementary.

The school system has been interviewing to fill three principal positions with the resignations of Brandon Kiser at DMS, Tori Infinger at U.S. Jones Elementary, and Roshanda Jackson at WES. Bridgett Powell was hired earlier this month to fill the vacancy at U.S. Jones.

According to Kallhoff, a committee interviewed all applicants before bringing a final candidate to the school board for approval. He said Lewis and Hester will fit well at their respective schools.

“(Lewis) has been an educator for 15 years and has experience in elementary as a counselor and assistance principal. We feel she will compliment the work that’s been done there over the past few years,” Kallhoff said.

Lewis is currently an assistant principal with Wilcox County Schools and is a resident of Sweet Water. She is married with three children, ages 14, 12, and 8.

“I am intrigued by the Demopolis community’s commitment to academic excellence and I look forward to working with the community, staff and the students at Westside,” Lewis said.

Hester is returning to DMS, where he began his career in education as a math teacher in 2006.

“Demopolis has always been a special place for me,” Hester said. “DMS has a rich history of academic excellence and I’m  excited for the opportunity to lead the school during the upcoming year. I have complete confidence in the faculty and staff in place and that we will continue the tradition of excellence and move DMS forward for years to come.”

Originally from Washington County, Hester has spent the past five years as the K-12 Math Specialist with the Alabaster City School System.

“(Hester) is no stranger to Demompolis. He has the reputation as a ‘math guru’ across the State of Alabama and I’m excited about where he can take us academically as the leader of the middle school. His experience and knowlege will be a huge benefit to our students,” Kallhoff said.

Both Lewis and Hester begin their contracts with the DCSS effective June 1.

Other personnel items approved during the meeting included:

More details from the May 20 BOE meeting will be available soon at demopolistimes.com and in next week’s print edition.

(This article originally appeared in the Wednesday, May 22 issue of the Demopolis Times.)