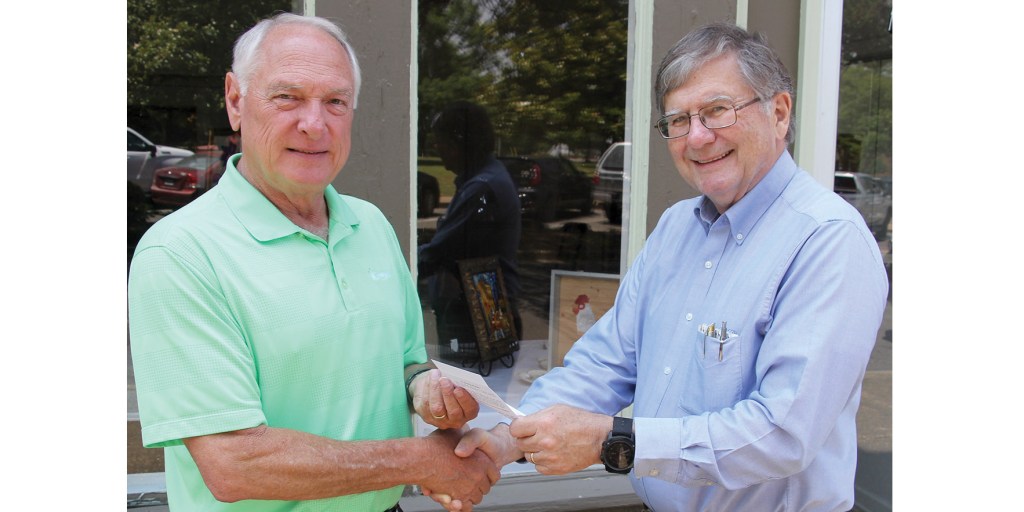 Mayor John Laney, right, purchases the first ticket to this summer’s Babe Ruth World Series from World Series Host President Arthur Evans. Tickets are available for purchase at Demopolis City Hall, The Ravine, Hair Razors, and the concession stands at the Demopolis Sportsplex. Tickets will also be available soon at 119 W. Washington St., which will serve as the Babe Ruth World Series headquarters. The World Series will be played at the Demopolis Sportsplex August 8-15 with eight teams from around the nation joining the Alabama State Champion and the West Alabama Babe Ruth League host team to decide the World Champion. Games are scheduled to be played simultaneously on two fields at the Sportsplex, beginning every afternoon at approximately 5 p.m. For more information or tickets contact Evans at 334-216-0502.