Naheola Credit has announced that Stewart Crawford has been named the new City President for the Livingston branch and Jim Stanford is the new Senior Vice President of Lending for the Demopolis branch.

Stewart has 13 years of experience in the banking industry. Before coming to Naheola Credit Union, Stewart held the position of assistant vice president for Trustmark Bank in Demopolis. He has also worked in the banking industry as a loan originator, commercial relationship manager, and a branch manager at BB&T, Regions Bank and BBVA Compass. 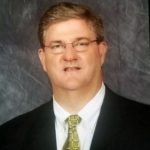 While in Demopolis, he has served on the Demopolis Area Chamber of Commerce Board, Demopolis Country Club, and is currently serving on the Marengo County Historical Society Board.

Crawford received his Bachelor’s Degree in Business from the University of Alabama. Originally from Heiberger, Stewart and his family are active members of Heiberger Methodist Church. Stewart and his wife Kate have two children, Maggie Ruth and Jack. 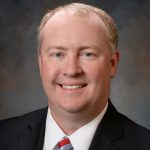 Stanford enjoys hunting in his off time, as well as, traveling. He has served on many boards in Demopolis including: the Marengo County Historical Society, American Heart Association, Demopolis Country Club, Demopolis Area Chamber of Commerce, and Christmas on the River.

He is a member of First Baptist Church in Demopolis where he serves as a deacon, a Sunday school teacher, and Wednesday night Bible study leader. He was named the Demopolis Area Chamber of Commerce Citizen of the Year in 2017.

Naheola Credit Union has been in business since 1959 and has assets of over $100 million.  Branches are located in Pennington, Butler, Demopolis, and Livingston and serve residents of Choctaw, Marengo, Washington, Clarke, Sumter, Hale, Perry, Greene, Mobile, Escambia, and Baldwin counties.