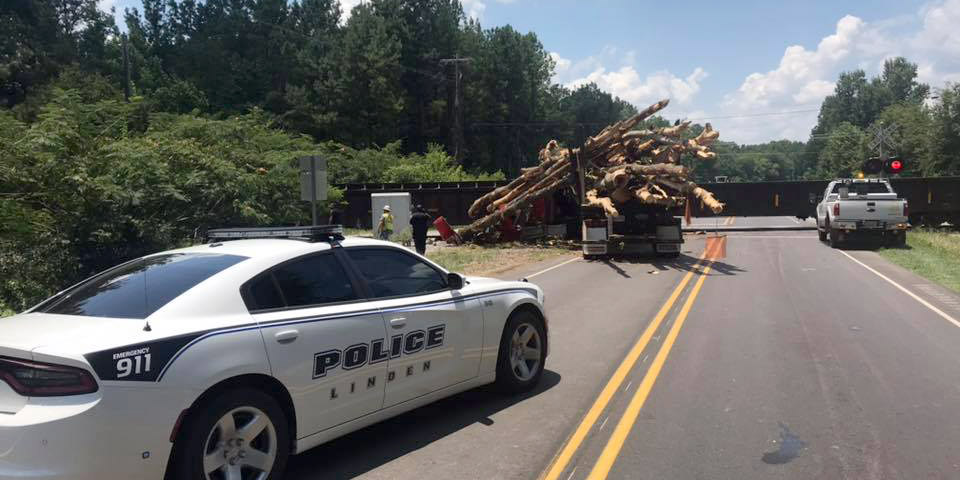 A portion of road near the intersection of Hwy. 28 and County Road 19 was closed Tuesday after a collision between a logging truck and a train.

The collision took place at 12:20 that afternoon. The logging truck was driving by James Breland of Marion who was injured and transported to Bryan W. Whitfield Memorial Hospital in Demopolis. The train conductor was Bradley Beard of Pickensville.

The Linden Police Department, Linden Fire Department, Marengo County Sheriff’s Office, Marengo County Fire and Rescue and State Troopers responded to the scene. Officials said the road was shut down for several hours to clear the logs and to reset train cars that were derailed. It was reopened at approximately 6:20 p.m. on Tuesday.

(This photo originally appeared in the Wednesday, July 10 issue of the Demopolis Times. It has been updated from the print version to include information provided by the Alabama Law Enforcement Agency’s office. The photo is courtesy of the Linden Fire Department.)