The Democrat-Reporter newspaper in Linden has new ownership.

Tommy and Pattie Wells purchased the newspaper from longtime publisher and editor Goodloe Sutton whose family had operated it since 1917. The sale was finalized June 7, according to the new owners.

Tommy, a 30-year veteran in the newspaper industry will serve as the newspaper’s publisher and editor while Pattie will be in charge of accounting and circulation. 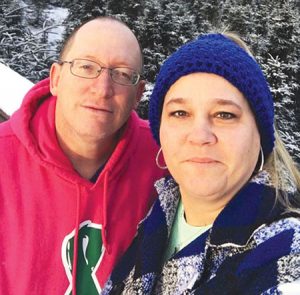 The newspaper also announced Sutton’s retirement, which was effective July 1.

The Wells, who currently reside in Texas, at one time owned eight newspapers in Texas, Oklahoma, Kansas, Kentucky and Alaska. The couple sold this group of newspapers several years ago and Tommy has since been employed as a Sports Information Director for a college in Texas.

Tommy said that when he heard the Democrat-Reporter might close, he contacted Sutton about the purchase.

“Actually, I spoke (to Sutton) in 2012 about buying it, but nothing really came of it. Then, a buddy of mine told me that it was going to close so I called (Sutton) and told him not to do it, that we’d buy it,” Wells said.

The husband and wife team printed their first edition of the Democrat-Reporter on June 13.

“We didn’t have plans to get back into the newspaper business, but we love newspapers and want to see this one succeed. It will take time to build it back up and we hope the community will respond,” Tommy said.

Tommy and Pattie have four grown children and five grandchildren.