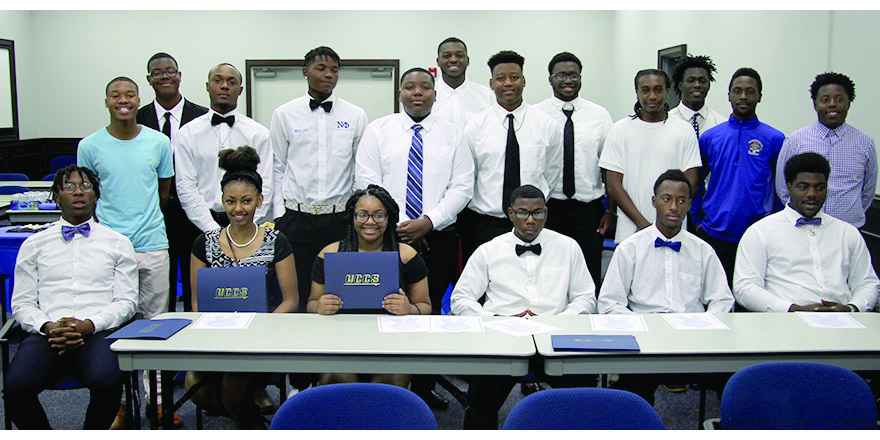 Wallace Community College and the Demopolis Higher Education Center celebrated the success of the first class to complete the Shift2Success program.

Shift2Success is an education program designed to train students for jobs in the technical and industrial fields.

Eighteen students from three high schools — Demopolis, A.L. Johnson and Greensboro — participated in Shift2Success. Those students were either rising seniors or recent graduates. The three-week program provided the students with certifications and training in manufacturing standards and OSHA.

Gary Weaver, regional workforce director with the Alabama Community College System, said the skills the students learned would make them readily employable by many industries.

“These are things the community college system learned from industries. The goal is to give you the skills and talents to be successful where ever you are,” Weaver said during the Shift2Success awards ceremony.

Charles Jones Jr., the regional workforce manager with the ACCS, said those who finished the program would have an advantage upon graduating high school.

“The program will pay the salaries of these students for the first six months and they will have offers upon graduation. These students are ahead of the curve,” Jones said.

The three-week program is funded through a grant by the Southern Education Foundation. Raymond C. Pierce, president and CEO of that organization was the keynote speaker at the awards ceremony. “This is the first leg of this program and you are ahead of most,” he told the students. “The demand is there and companies are looking for people like you.”

“This is a labor of love for all of those involved,” Laney said. “(The city) has struggled to find the right fit for the Higher Education Center since it was built in 2002, but I believe Wallace Community College is the right fit for our needs in the Blackbelt.”

The Shift2Success program in Demopolis is one of two in the state with the other being in Huntsville.