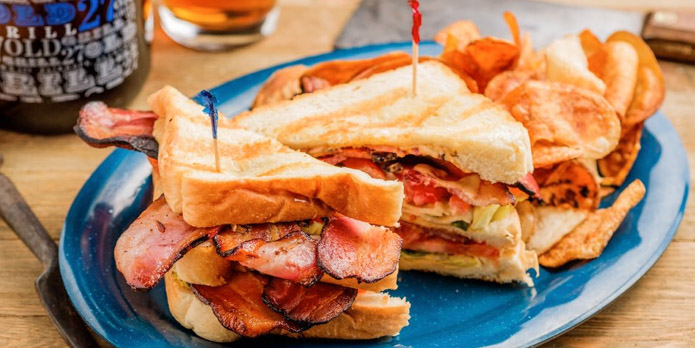 “Eat’n Out” is written by Robert Duke special to the Demopolis Times.

Hello again and thanks for reading.  A couple weeks ago we were getting ready to come home from the beach (we love it down there) and we went by a Seafood retailer to buy some fresh fish and shrimp to ice pack. You know as close as we are to the Gulf one might think buying fresh Gulf Seafood would be easy. I guess most folks just like catfish because the price is right. But sometimes I like some beefy Grouper fillets or maybe some Panga or Flounder or Red Snapper.

Sound good? Well sorry about that. That’s not what we’re Eat’n this week. While I was there I decided to try some bacon I saw for sale called “Bill-E’s” bacon. We brought it home and fried some up for breakfast and found it to be the best we had ever had. It was lower sodium, lower fat content, and smoked for 8 days. It was really delicious. So, being the pig that I am, I got on the Internet and found out about the bacon.

It is made in Fairhope, Alabama in a small, out-of-the-way country store. Lots of restaurants and Chef’s in lower Alabama and in Florida use Bill-E’s bacon for their dishes. They also sell it sliced or unsliced, by the pound, over the Internet or by phone. So, here we go; down to Fairhope to find Bill-E’s.

We lucked up and found out that Bill-E’s is also a restaurant that serves a beef and bacon mixed series of burgers and other sandwiches that are out of this world. They are handmade and the fries are fresh cut when ordered. The bread was fresh the lettuce and tomato were crisp and fresh and juicy. The BLT is “World Class” which is southern for lip-smackin’. Just a down home place where you can’t go wrong on the menu. They even have a band to play music on occasion. We even brought home another couple of pounds. So, the next time you are in the neighborhood, in Fairhope, don’t forget Eat’n Out at Bill-E’s.

— Robert Duke is a columnist for the Demopolis Times and a native of Gallion. His column,“Eat’n Out,”  appears regularly.