An investigation into the death of an infant has led to murder charges against the parents, according to the Demopolis Police 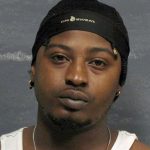 Kendret L. Walls, 25, and Chelse Paige Walls, 24, both of Demopolis were arrested on August 28 and charged with capital murder following an investigation into the death of their 5-month-old infant.

On March 27, police responded to the Arbours at Demopolis apartment complex on Hwy. 43 upon receiving a call that an infant was unresponsive in a crib.

Officials said the investigation revealed the cause of death as homicide. Those findings were presented to the grand jury, which returned indictments against Walls and Paige. 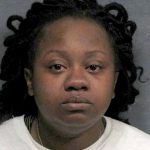 “It’s a sad situation. Our investigators did a good job in bringing it to a resolution,” said Demopolis

Police Chief Rex Flowers. “We want to thank the Department of Human Resources, the District Attorney’s Office, and the Alabama Department of Forensic Sciences for their assistance in the case.”

Both suspects were processed and transported to the Marengo County Detention Center where they are being held with no bond.