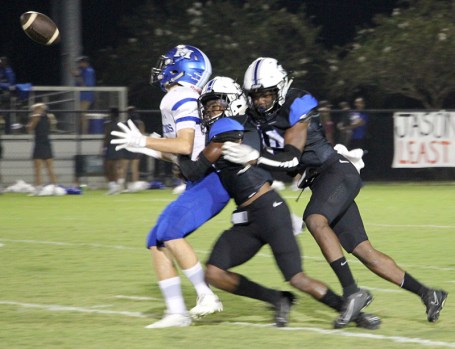 The Demopolis defense forces a Millry receiver to fumble. 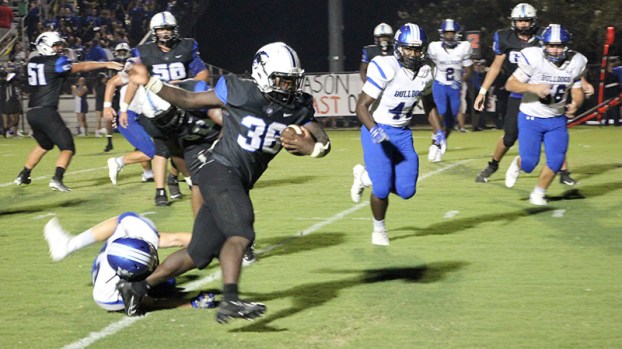 Graig Nichols eludes several defenders on his way into the endzone. 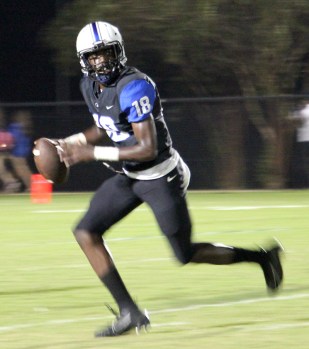 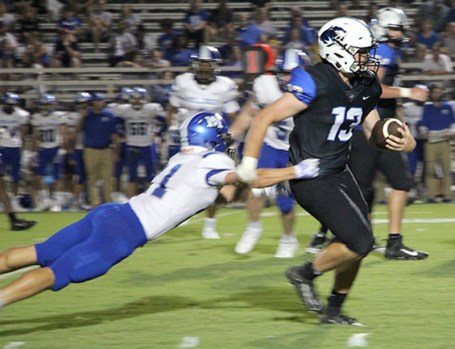 Quarterback Hayes Atkins pulls away from a Millry defender. 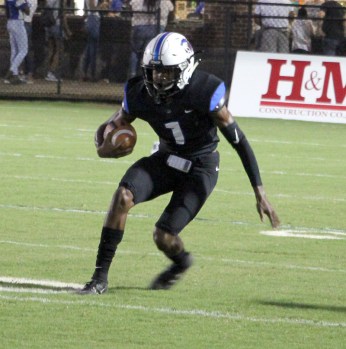 C.J. Williams picks up yardage on a punt return. 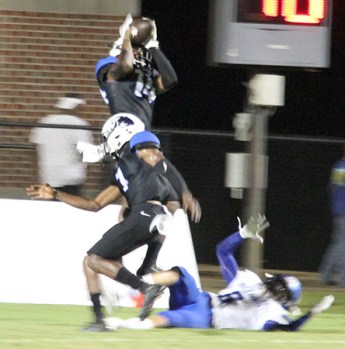 Jay Jones hauls in his first of two interceptions in the first half. 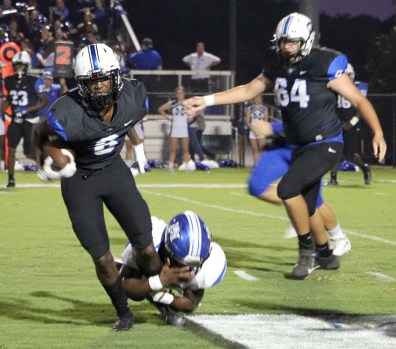 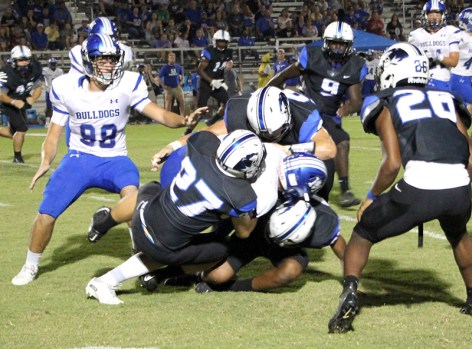 The Tigers bring down a Millry ball carrier.

The Demopolis Tigers scored early and often for its coming region contest, leading to a 34-6 victory over the Marbury Bulldogs.

The Tiger offense had its best night of the young season, compiling 438 total yards on the night. Junior quarterback Peyton Stevenson and freshman runningback Graig Nichols lead the charge, each finishing with over 100 yards rushing. Stevenson added another 133 yards passing.

On their first possession of the game, Demopolis drove the ball 63 yards to take the lead. Quarterback Peyton Stevenson accounted for 32 yards on the ground and another seven on a completion to Shatarius Williams. Graig Nichols accounted for the rest of the yardage, including an 8-yard scamper into the endzone. Head Coach Brian Seymore called for a 2-point conversion with Stevenon finding Timothy Grayson for an 8-0 lead.

The defense stopped the Bulldogs on a three-and-out, giving Demopolis the ball at their own 15-yard line after the punt.

The Tigers went to Nichols for an 8-yard gain followed by consecutive completions to Williams and Grayson. The Tigers converted a third-and-10 when Stevenson once again found Williams for a 15-yard gain. Two plays later he found Jaqualon Smith for six yards. Stevenson would pick up 23 yards on two running plays, ultimately leading to a 9-yard run into the endzone by Nichols. The two-point conversion was good as Stevenson connected with Williams, increasing the Tiger lead to 16-0 with 3:07 to go in the first quarter.

Another three-and-out led to positive field position and another score for the Tigers. The two-point conversion was no good.

Demopolis increased their lead to 28-0 on a 14-yard run by Stevenson. The extra-point attempt was no good.

The following Marbury drive ended with an interception by Jay Jones, his first of two in the half, setting Demopolis up with good field position. Nichols would score on an 8-yard run with 4:44 to go, leading to the 34-0 halftime score.

The second half started well for the Tigers as Marbury’s first possession ended with an interception by senior C.J. Williams.

Stevenson would lead the Tiger offense on the ensuing drive, which would advance to the Marbury 25 where a fumble ended the Tigers’ scoring threat.

From there, Demopolis would see many fresh faces in the second half as Seymore and staff went to their bench.

Marbury avoided the shutout, scoring on the final play of the game.

The Tigers will travel to Alexander City to take on 6A Benjamin Russell. Kickoff is 7 p.m.