The Fountain of Youth Community Camp, a youth-outreach organization centered in Linden, achieved 501c3 status in March, bringing them a step closer to fulfilling their mission.

Founder and Executive Director Marcy Lewis said the organization’s mission is to serve the youth in the community by implementing several programs designed to engage and inspire them. Lewis said programs to help develop their financial literacy, introduce them to possible career paths and to build their character would be some of the programs the organization would bring to the community. 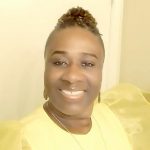 Other, hobby-oriented programs such as a choir and swimming lessons would also be included to inspire participants and possibly discover hidden talents.

“We want to be able to reach them and be able to help them grow whatever way we can,” Lewis said.

By summer 2020, Lewis said the organization hopes to have raised enough funds to open a community center in Linden and bring back the town’s swimming pool. While gearing up for next year’s goals, the current outreach is an after-school tutoring program run by Lewis.

The Fountain of Youth Community Camp hopes to involve the local schools in their fundraising efforts, especially since the students will be the ones to benefit, by offering a pizza party and a picture in the newspaper to the school that raises the most money.

Lewis started the organization in 2014 as a way to offer youth aged 4-16 by introducing some of the same programs she attended as a child while living in Pennsylvania.

“From that day on, I thought ‘Every child should experience this,’” she said.

For more information, email the organization at foycommunitycamp1@hotmail.com A website is also expected to be live at the end of September.