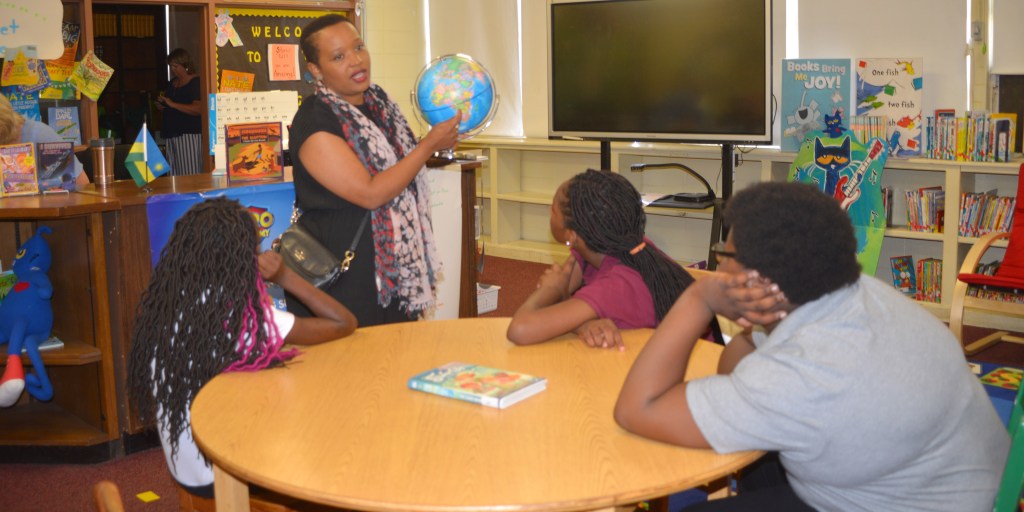 Elsa Brulé, a philanthropist who funded a revamp of A. L. Johnson High School’s library, returned to the school in order to assess further library needs and introduce a friend to the students. She previously donated hundreds of books and other library supplies in May. 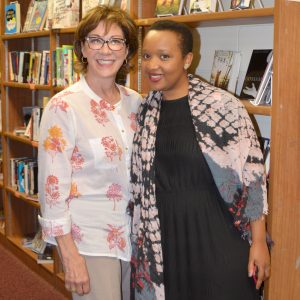 Elsa Brulé, left, and Brodin at the A.L. Johnson library, for which Brulé donated hundreds of books and other library supplies.

Brulé will be providing new carpeting and new furniture for the library, as well as new books that the students have shown interest in. She took note of sought-after books such as “Roller Girl” by Victoria Jamieson and “Expelled” by James Patterson.

“You showed to me and [Librarian Katie] Poole and everyone here that you are eager to read books,” Brulé said.

Nyanja Brodin joined Brulé and told students about how she came to love reading.

Having escaped the genocide against the Tutsi in Rwanda with other family members at age ten and eventually coming to America, Brodin said reading was a comfort to her and that she enjoyed spending time alone with a book.

Reading also helped Brodin improve her English, as it is her third language after Swahili and French. One day, she read “Anne of Green Gables” by L.M. Montgomery, and the story about a young orphan and her life in her new home touched Brodin.

“I decided that I was going to be just like that girl,” Brodin said.

Brodin credited her educational success and her world travels to her love of reading. Later in her life, she founded the organization Little Hills in an effort to improve health care for children and eventually establish the first children’s hospital in her home country Rwanda.

Brodin and Brulé spent the rest of the class period speaking to the students about their favorite books and other hobbies, recent accomplishments such as high test scores and Brodin’s and Brulé’s travels to Rwanda.

(This article originally appeared in the Wednesday, October 23 issue of the Demopolis Times.)