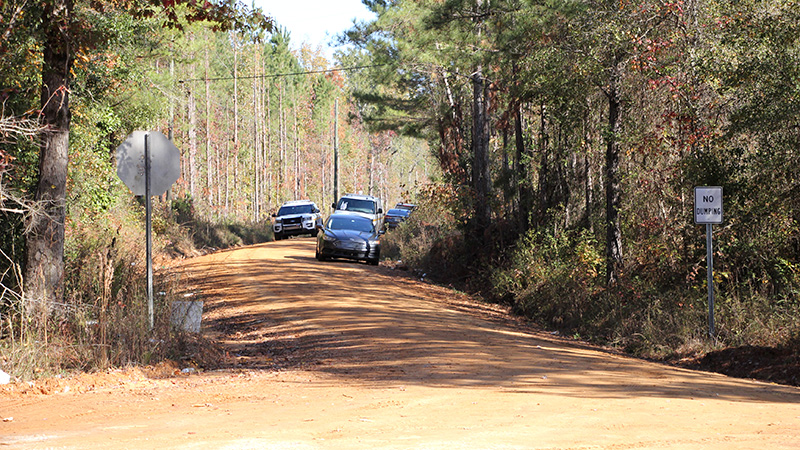 Investigators work the scene along Marengo County Road 44, off Hwy. 28, where human remains where found during the search for Taylor Williams.

Brianna Williams has been charged with two counts of child neglect and giving false information to law enforcement following the discovery of remains in Marengo County believed to be her 5-year-old daughter, Taylor Williams.

After being reported missing by her mother on Wednesday, Nov. 6, the search for young Taylor moved to Marengo County over the weekend. On Tuesday, Nov. 12, officials found human remains in a wooded area west of Linden. Brianna Williams is a native of Linden and was living in Jacksonville, Florida where she is stationed with the Navy.

In an arrest warrant signed Nov. 12 in Duval County, Florida, Brianna Williams, 27, was officially charged with the two counts of neglect and giving false information. 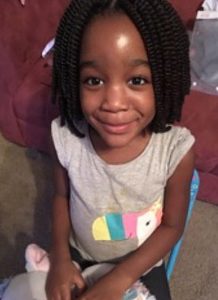 According to the warrant, Brianna told police on Nov. 6 that she woke up and found Taylor missing. She said the back door of her house was unlocked.

During the investigation, a witness who resides in the same apartment complex told police that he saw Taylor “alone and wandering the apartment complex on more than one occasion.” On one of those occasions the witness said he asked Taylor what she was doing and she replied that she was “looking for her momma” and that he took Taylor back to her apartment.

The witness went on to say that he observed Taylor home alone at least every other day and during those times said Brianna Williams’ car was not in the parking lot. He said the last time he saw Taylor was on May 21. When he asked Brianna Williams about Taylor’s whereabouts, she replied that she was in Alabama with family. During the week of Oct. 27-31, the witness said he saw Williams moving, but did not see Taylor during that time.

Jacksonville law enforcement alleges that Brianna Williams gave “numerous” false statements to detectives. Williams told officials that on Oct. 31 she drove to Tuscaloosa to pick up Taylor from her mother who had been taken care of her that month. She also told officials that Taylor had been attending daycare at the Naval Airstation in Jacksonville. The mother said when her work schedule changed she took Taylor out of daycare and began driving Taylor back and forth to Alabama for family to take care of her.

Investigators found that Taylor previously attended a different daycare facility in Jacksonville and the last time she attended was April 10, 2019. The last day she attended the NAS daycare was April 29, 2019. Further, police said maternal and paternal grandparents indicated they had not seen Taylor in over a year. Brianna’s mother said the last time she saw Taylor was in January 2019.

Marengo County became the focal point in the search for missing Taylor over the weekend. On Sunday, officials with the Demopolis Police Department announced they were assisting out-of-state agencies, as well as the FBI and SBI, in the search for a missing person. On Monday, Jacksonville Sheriff Mike Williams said his department had “deployed assets” to Alabama and thanked the Demopolis Police Department and Marengo County Sheriff’s Office for their assistance in the case.

On Tuesday, the Demopolis Police Department confirmed the recovery of an unidentified body in the area of Marengo County Road 44. The Jacksonville Sheriff’s Office said the remains are believed to be those of Taylor, but wait forensic testing for confirmation. After the remains were found, officials said the operation shifted to secure and process evidence at the scene.

Sheriff Williams said Monday that the mother stopped cooperating in the case and had become a “person of interest.” He said Brianna Williams had not spoken to investigators since Nov. 7.

On Tuesday, Nov. 12, following the announcement that a body had been found in Marengo County, Brianna Williams was taken to a Jacksonville area hospital of an apparent suicide attempt. Still in the hospital, Brianna Williams was absentee-booked later that day in a Duval County (Florida) jail. Her bond is set at over $1 million.