Testing confirms discovered remains are those of Taylor Williams

Law enforcement officials have confirmed that human remains found outside of Linden are those of 5-year-old Taylor Rose Williams. 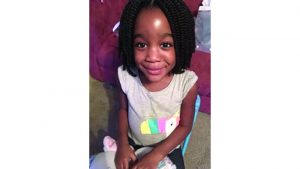 According to officials with the Jacksonville (Florida) Sheriff’s Office, the remains have been positively identified as Taylor after about two weeks of DNA testing. The cause of death is still under investigation and the Amber Alert issued when she went missing was canceled.

Taylor’s mother, Brianna Williams, was hospitalized hours after the discovery of the remains on Nov. 12, after allegedly ingesting an unknown substance. She was absentee-booked that same day into the Duval County Jail on charges of child neglect and providing false information to law enforcement. She remains in jail on a $1.1 million bond and has an arraignment hearing scheduled on Dec. 4.

While officials have not given specifics on what led the search for Taylor to Marengo County, Brianna Williams, 27, is a native of Linden with family and friends in the area. She resides in Jacksonville and is stationed there with the Navy.

Taylor was reported missing by her mother on Nov. 6. Brianna Williams was called a person of interest by Jacksonville law enforcement a few days later and was described as “uncooperative.”