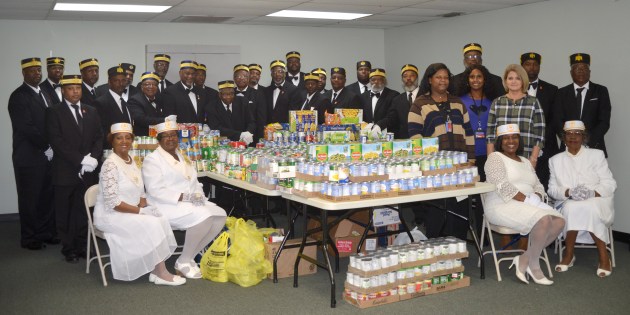 The Abraham’s Consistory No. 257 donated an estimated 5,000 food items to the Marengo County DHR Food Pantry. 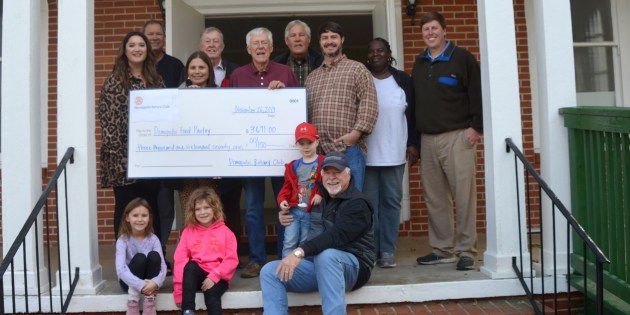 The food drives of two community organizations, Demopolis Rotary Club and Abraham’s Consistory No. 257, resulted in almost 10,000 food items being donated to the Demopolis Food Pantry and the Marengo County DHR Food Pantry.

“One of the principles of Rotary is ‘Service Above Self,’ and we feel like by partnering with the food pantry we’re fulfilling a need in the community,” Rotary President Ashley Coplin said.

She also pointed to Hunter Compton and Jason Windham as key leaders in the food drive each year. Windham introduced the Rotary Club to the idea of a food drive initially in 2013, and he said it has grown since then.

The food donations provided by the Demopolis Rotary Club will be enough to last the food pantry through the rest of the year and into January 2020, and the monetary donation is enough for purchase three-month’s worth of food.

Stanhope Brasfield, purchasing agent for the food pantry, said the donations also provide variety to the food bags given out. “We look forward to this every year,” he said.

The pantry serves 200 people a week and provides each with a bag containing eight food items. The food pantry will also be suppling recipients with pulled pork for Thanksgiving and chicken or ham for Christmas.

The food pantry is housed by the Trinity Episcopal Church and is supported and operated by several churches in the community.

The Demopolis Rotary Club would also like to thank Bill Mackey of Bill Mackey Real Estate for allowing the club to use a moving van while delivering the food.

(This article originally appeared in the Wednesday, November 27 issue of the Demopolis Times.)