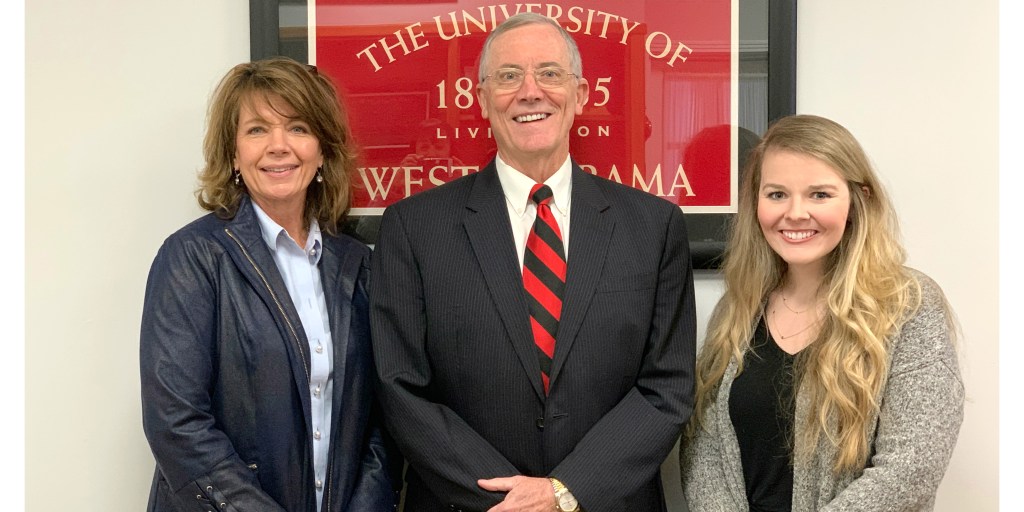 University of West Alabama President and Marengo County native Dr. Ken Tucker has been named the Grand Marshal for the 2019 Christmas on the River Day Parade.

Dr. Ken Tucker holds B.A. and Ph.D. degrees from the University of Alabama, and an MBA degree from UAB.  He became the twelfth president of the University of West Alabama on Jan. 1, 2015. Previously, he served as Dean of UWA’s College of Business, Professor of Management, Chairperson of UWA’s Foundation Board of Directors, President of the Faculty Senate, Director of the Small Business Development Center.

Tucker also has over 15 years of executive leadership experience in healthcare, manufacturing, and non-profit organizations.  He is an active participant on numerous workforce, economic, and community development boards and commissions, frequently serving as chair or president. Additionally, Tucker serves as a SACSCOC reaffirmation site evaluator.

Tucker has received a number of awards and honors for excellence in teaching and professional contributions.  He is a Rotary Paul Harris Fellow and Chamber Citizen of the Year.  He also served as Chair of the Marengo County Commission and received the Excellence in County Government Award from the Alabama Association of County Commissioners twice.

Tucker is also active in community and civic affairs, serving as president or chair of chambers of commerce, civic clubs, boards of education, leadership organizations, school foundations, etc., and is a long-time Sunday School teacher. Tucker was recently elected to serve as Chairperson of the Alabama Council of College and University Presidents and Vice-Chairperson of the Gulf South Conference Board of Directors. He also serves on the Board of Directors of the Alabama College Counts and PACT Programs, Higher Education Partnership, Alabama Small Business Development Consortium, Alabama Public Safety Leadership Academy, and AGS/STARS.

President Tucker is married to Mary Murray Tucker and is the father of four married daughters:  Allison, Kimberly, and twins, Lara and Rachel, and grandfather to Maggie, Leah, Taylor, Daniel, and Kenzie.  He enjoys lifting weights, running, and socializing with family and friends.

(This article originally appeared in the Wednesday, November 27 issue of the Demopolis Times.)