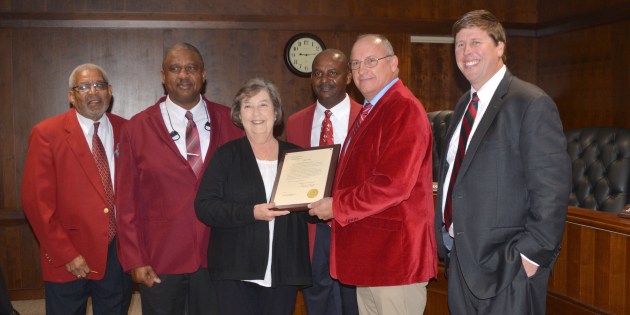 The Marengo County Commission honored two retirees with resolutions thanking them for their service at the December meeting. Jackie Davis was a clerk in the probate office for 28 years. 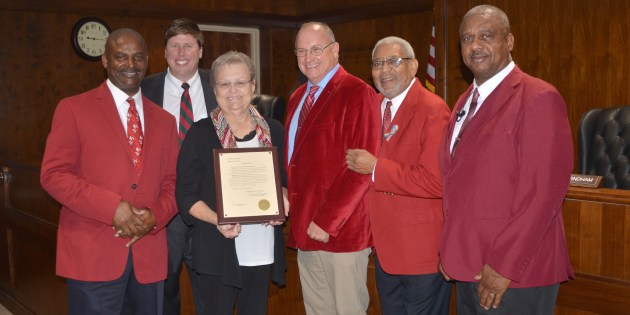 The Marengo County Commission honored two retirees with resolutions thanking them for their service at the December meeting. Joyce Morgan was the librarian at the Marengo County Public Library for 26 years.

The Marengo County Commission announced the state’s approval of a $350,000 Community Development Block Grant that will pave five dirt roads in the county. The commission applied for the grant for Bunny Creek Road, Red Oak Road, Barneys Upper Road, Winter Drive and CR 44 in July.

Following taking the matter into executive session, the commission decided to apply for those five roads and use additional funds not provided by the grant in order to complete paving.

Other items approved by the commission include:

• resolution honoring retiree Jackie Davis. She was a clerk in the probate office for

• resolution honoring retiree Joyce Morgan. She was the librarian at the Marengo County Public Library for 26 years.

• moving two employees in the road department to operator status.

• allowing employees who have over 480 annual hours accumulated at the end of December 2020 to get paid for 80 hours minimum effective January 2020.

• the receipt of a portion of the Industrial Park Road in Demopolis that is not covered under the FAA rules and regulations. They also approved an agreement with the City of Demopolis for the county to maintain the entire road.

• the Stepping Up Resolution regarding the $50,000 grant received by the West Alabama Mental Health Center to reduce the number of individuals with a mental illness or a substance abuse disorder in jail and the emergency room.

The Marengo County commission meets the second Tuesday of each month at 9 a.m. at the courthouse. The public is invited to attend.

(This article originally appeared in the Wednesday, December 18 issue of the Demopolis Times.)